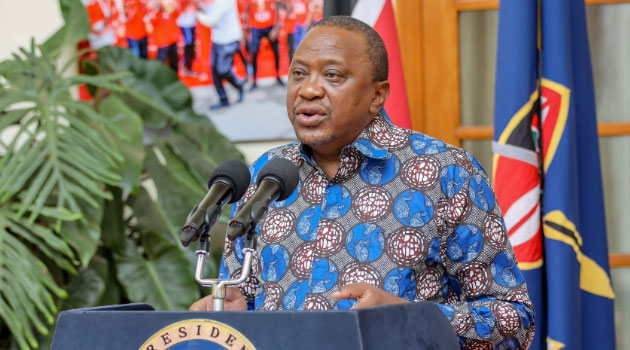 President Uhuru Kenyatta on Monday, September 28, issued guidelines on the imminent reopening of schools during the Covid-19 conference hosted at the Kenyatta International Convention Centre (KICC).

The President, however, failed to issue a definite date on the resumption of learning despite reports indicating that a date would be issued during his state address.

Uhuru noted that schools would only reopen after the Education and Health Ministry have sufficiently guaranteed the safety of learners.

In-person learning will be tightly supervised to adhere to the strict Ministry of Health (MoH) protocols on the reopening of schools.

The President also revealed that the new school calendar will be issued to learners after an Education stakeholders’ meeting that is set to be held.

Uhuru however did not rule out a possible reopening in January 2021 as he stated that the calender set to be drafted by Education Cabinet Seretary George Magoha could either be of 2020 or next year.

“Learning should only reopen when we have and can sufficiently guarantee the safety of all our children.

“The resumption of in-person learning must be predicated on strict adherence to the health protocols and guidelines as issued by the Ministry of Health,” he noted.

Uhuru pleaded with Kenyans not to focus on when schools will reopen but how the schools will resume in a manner that will protect the lives and health of children.