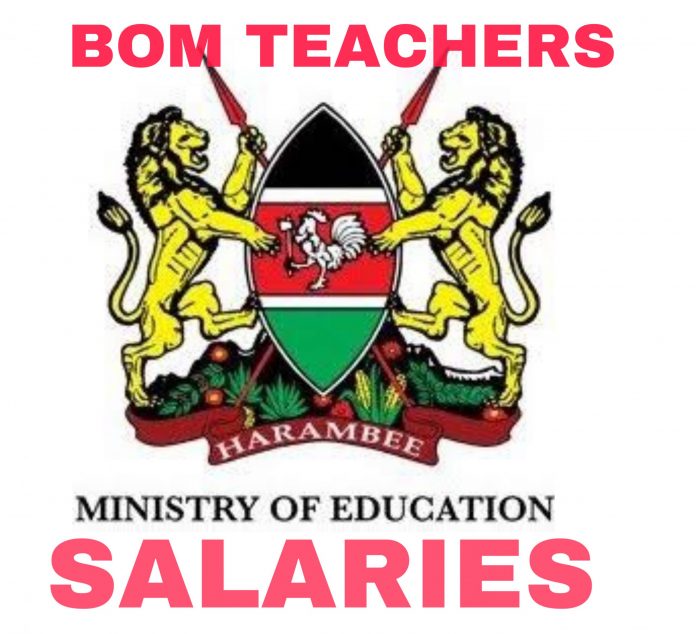 Despite the government having set aside enough cash to cushion BoM teachers in Secondary schools some months ago, it’s still vivid that majority of the teachers are yet to receive their dues. This has made many teachers impatient over time as CS Magoha insists that the teachers have already been paid.

The BoM teachers are now in a dilemma, not sure if they should head back to schools to help in the schools’ reopening preparations or stay at home. CAS Kinuthia came out the other day to console the teachers by telling asking them to be more patient and remain calm for their principals will pay them in due time. He also asked the BoM teachers to avoid insulting him privately because it’s not his wish that they haven’t received their Salaries and that he is not guilty.

“There are two sets of BOM Teachers. One is paid, the other is not yet paid. The paid is grateful, the unpaid is suffering. Both are Right. Let me say the following. The two represent what is on the ground. I will appreciate all feedback.

Those who are yet to be paid will need to do the following Write to or Call Your Heads. If the Head has not yet received the money, the Head should write to the Sub County Director of Education. SCDE will escalate all the way to us. From here, I will act through the Line State Department. Don’t lose your calm yet. And don’t Insult me privately. I am not GUILTY. I am not the Arsonist. I am trying to put off the fire for you,” said Kinuthia.

But yet, this message alone is not enough to satisfy the Suffering BoM teachers. The Consolation can’t bring food on their tables nor will it see the teachers being paid. Maybe something has to be done for the funds to reach the BoM teacher’s pockets.

Secondary school non-teaching staff have vowed not to report to work when schools re-open until their unpaid dues are settled. At a media briefing in Nairobi, Kenya Union of Secondary Schools Non Teaching Staff (KUSSNTS) leaders said their members will not go back to school if their salaries are not paid by next week. “As much as they we will open schools unless money is in our pockets, we will not come to school,” said KUSSNTS National Chair Josephat Kamau.

They said that it is unfair to be called to go back to school when thair members have been going without salaries since March yet the money was factored in the budget.

KUSSNTS urged President Uhuru Kenyatta to intervene and salvage the situation given the fact that close to 200,000 members of their Union have undergone economical distress following the failure to execute payment of their dues. KUSSNTS Nairobi branch Secretary General Daniel Kamanja said that their strides to reach various stakeholders in education sector have been futile ultimately rendering them forlorn in the matter.

“Mr President, are we not Kenyans, to suffer like this?” Kamanja posed. “We demand your immediate intervention in this mess and call upon you to come to our rescue,” he said. They turned the heat to Education Cabinet Secretary Prof. George Magoha, demanding an apology for remarks he allegedly made saying the secondary schools non teaching staff issue is a non-issue, accusing the CS of being insensitive.

They also insisted that all non teaching staff who were sacked and instructed that when schools reopen will be considered in securing jobs upon reapplication be reinstated unconditionally. Consequently, they said that there is need for absorption of all non teaching staff into public service commission board.