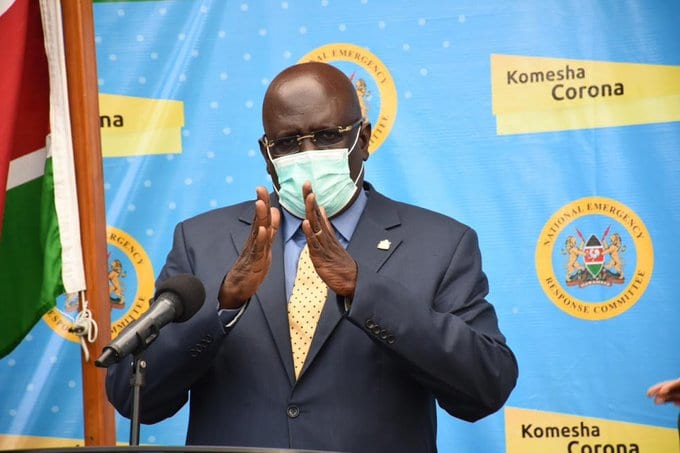 Education Cabinet Secretary George Magoha now says powerful forces, including cartels in his ministry, are behind the pressure to reopen schools before the Covid-19 curve flattens.

Prof Magoha said Tuesday that there is a narrative being propagated by a section of the population whose aim is to get monetary gain.

“Businesses associated with opening of schools, some small number of private schools, some cartels in my own ministry are behind the narrative that schools must open,” the CS said in Kisii when he made an inspection tour at Kisii National National Polytechnic to assess its level of preparedness.

He spoke after a Nairobi parent sued the State over closure of schools, arguing that the measure is draconian and a violation of learners’ rights.

The CS said the government is not going to be intimidated though officials are happy to see that the Covid-19 curve is appearing to flatten.

“The government is alive and awake and it shall come back to the new roadmap. We are consulting all the necessary stakeholders,” he said.

Earlier in Migori, the Education CS hinted at tertiary institutions reopening in September with other schools reopening before January should there be a continuous drop in Covid-19 cases.

The CS while on an assessment tour at Rongo University on Tuesday disclosed that a joint committee of stakeholders was monitoring the preparedness of schools and reopening will be pegged on the outcome of the report.

“We are conducting a daily monitoring of the situations at our learning institutions and once we are convinced that the Covid curve is flattened we will act promptly,” Prof Magoha said.

The CS, however, maintained that the government’s earlier position of re-opening schools in January 2021 still stands.

“I want to be categorical that we are inching closer to flattening the curve and based the daily updates on the declining numbers, our position of opening schools in January can be altered any moment,” he said.

He added: “Should the curve flatten at any time, nothing stops us from re-looking at the time table and adjusting our position, why should we keep our children at home if situation stabilises?” he posed