Home BREAKING NEWS MOE Finally Comes Up with a Plan on How to Recover lost...
Facebook
Twitter
WhatsApp
Telegram 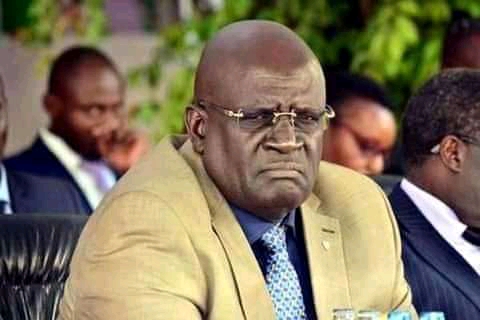 Short lesson time, longer learning weeks and reduced class work are some of the options education stakeholders have proposed to recover a lost school year.

It has also been suggested to eliminate school based exams that eat up two weeks of every term, and instead adopt formative assessment. Primary and secondary school heads yesterday said term one and two topics can be consolidated to make it easier to cover the syllabus when schools open in January.

According to Mr Gathemia, school reporting time and time allocated to lessons can also be adjusted.

“If we start lessons at 8am, we may start an hour earlier. And if lessons end at 5pm, we may add an hour. This will create time to do more,” he told said.

Presently, each lesson under the new curriculum is expected to last 30 minutes with a total of five lessons every day at pre-primary level and seven lessons for lower primary learners.

Pupils in Pre-Primary One and Two (PP1 &II) should be taught 25 lessons per week while lower primary classes (Grade I, II &III) have 35 lessons.

“A lesson that lasts 40 minutes may take 30 minutes with shorter breaks in between,” said Mr Indimuli.

He added that more time will be recovered if learners are allowed to pick specialisation subjects in Form Two instead of Form Three.

“This means they will only study a maximum of eight subjects instead of 11. This will greatly save on teaching time.”

They said content that should have been covered during the lost school terms could be consolidated and taught in the next class.

Indimuli said if the idea is adopted, schools would open in January for 14 weeks to cover second and third term work.

The Kenya Institute of Curriculum Development (KICD), however, has rejected this proposal, saying the curriculum must be covered in full.

“We break curriculum coverage down to per week and innovative ways can be found to cover more work without reducing content,” said KICD Director Charles Ongondo.

He said it would be disastrous to skip some topics because everything children learn is critical in the next class.

“The curriculum is made for an average child. Nothing would stand in the way of reworking school time to include a few hours over the weekend and managing the internal timetables to create more learning time,” said Prof Ongondo.

The director suggested that the two weeks used by schools to administer end-term exams instead be used for learning.

“Some schools offer continuous assessment tests every month, eating into teaching and learning time. A lot can still be done to create time to cover syllabus.”

Gathemia said primary schools would teach the entire syllabus. “We cannot skip any content, but we can condense the same and ensure it is all covered,” said Gathemia.

Usawa Agenda Executive Director Emmanuel Manyasa said it would be insensitive not to cover the syllabus, adding that this often led to mass failures.

“About 70 per cent of KCSE candidates who sat examinations last year scored D+ and below because of syllabus coverage. We cannot afford to mess with that,” said Dr Manyasa.

He advised the ministry to consider changing the academic calendar so that learners could start the next school year in September.

Manyasa said under this proposal, Grade Four, Class Eight and Form Four students who are presently in school would not resume classes in January after their second term lessons end in December.

Instead, the rest of the learners would be recalled to start second term lessons on January 3.

With all classes having covered second term work, all learners would return to school in May to complete third term, which would pave way for exams in July or August.

“All the classes would then start a new academic year in September with easy transition of learners to high school, tertiary and university education,” he said.