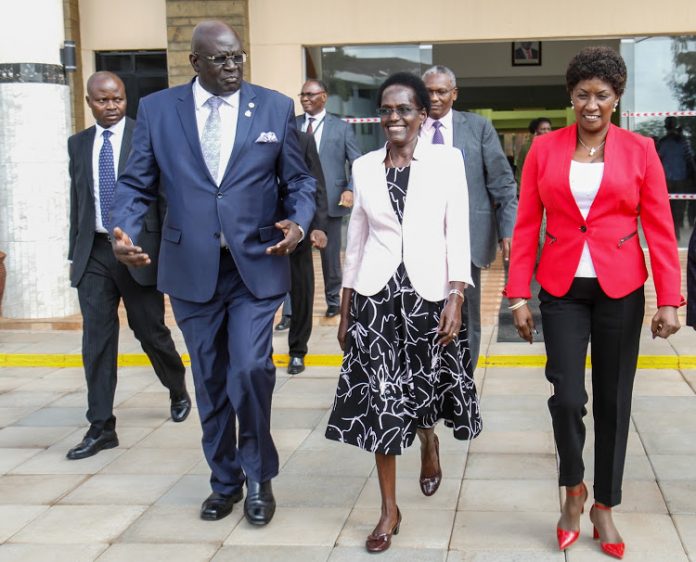 Kenya National Union of Teachers has started recruitment of a chairperson and seven commissioners of the Teachers Service Commission.

Nzomo was the first person to chair the TSC after it was made a constitutional commission. She took oath of office in 2014.

The commission is also missing another member of the board of governance, Cleophas Tirop, who vacated office in March 2019, while the remaining six will be due to exit in March this year.

In total, the commission has nine members. With one representing each region of the defunct provinces.

In a letter, Wilson Sossion, the KNUT secretary-general called for speedy preparation to kick start the process of replacing the officials.

“The communication is therefore to urge you to expedite constituting an independent and credible panel to undertake the process of appointing a TSC chair and seven commissioners,” the letter reads.

It is dated February 16 and copied to Cabinet Secretaries Margret Kobia, George Magoha and six others.

The commission was fully constituted in March 2015 following the recruitment and appointment of the chairperson and commissioners, a process that began in October 2012.

This resulted in staggered terms of office holders; the tenure of the first three commissioners ended in 2019. Other five members will have their terms end in March 2021