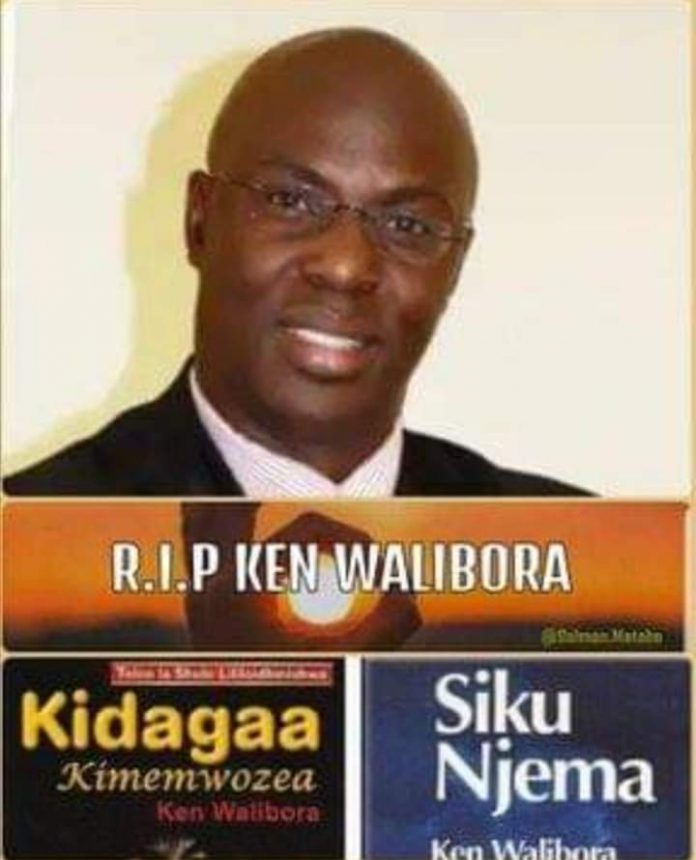 Mwalimu Ken,  was reported missing from last week. Today he was found dead at the Kenyatta National Mortuary by his relatives. The writer ,walibora is said to have been knocked down by as double matatu driver who was over speeding.

The driver tried escaping after the deadly incident that saw our esteemed writer succumb serious injuries. But was later caught up by the police while hiding at Buruburu estate in Nairobi.

Police also say that his car is missing.

1.  The author is famous for the Swahili novel, Siku Njema, which was published in 1996 and saw Walibora become an instant household name in Kiswahili literature.

2.  He was employed at the Nation Media Group as a Kiswahili news anchor after which he joined the University of Wisconsin, USA, as an assistant professor, African languages.

Later, in recognition for his contribution to the development of Kiswahili,

3.   The Aga Khan appointed him as the Nation Media Group Head of Kiswahili, a position he served until he joined Riara University’s School of Diplomacy.

In an interview  in 2015, Walibora credited his creativity to his mother in his autobiography, Nasikia Sauti ya Mama, a detail that would make him one of the most famous Kenyan authors in later years.

4.   Walibora is also  a renowned author of many books
written in his favourite language, Kiswahili. Some of his titles include; Nasikia Sauti
ya Mama, Upande Mwingine, Kidagaa Kimemwozea, Ndoto ya Amerika among
many others. However, it was his book Siku Njema, published in 1996, that endeared
Dr. Walibora to the hearts of readers across the globe casting him into the limelight.

The book has been translated to many other languages and went ahead to be
studied as a set book in Kenyan secondary schools.

5.  Mwalimu Ken was also a prolific poet and had a keen interest in prison narratives

which culminated in his published work: Narrating Prison Experience: Human
Rights, Self, Society and Political Incarceration in Africa (2014).

6.   He will be remembered as a person full of life, who served with humility. He
showed great respect to all irrespective of status. He was dearly loved and greatly
admired by both his students and his colleagues. His teaching and research work
has been outstanding.