Home TSC NEWS President Uhuru Kenyatta on spot as he is awaited to give response...
Facebook
Twitter
WhatsApp
Telegram 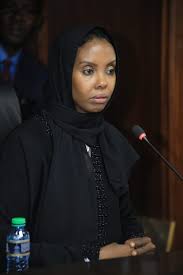 Majority of the Kenyan  teachers are now waiting to see if President Uhuru Kenyatta will do due diligence before appointing the two Teachers Service Commission (TSC) nominees after MPs mobilised to shoot down the National Assembly Education Committee report that rejected the nomination of Mbage Ng’ang’a and Leila Abdi as TSC Commissioners.

The Education committee in its report had said the two were not suitable for appointment, but MPs voted to amend the report to approve their nomination.

In rejecting the nomination of Mr Ng’ang’a, the Education committee found that despite possessing the relevant academic qualifications and experience, he failed to demonstrate knowledge and understanding of matters within the mandate of the TSC

The committee found that his abilities and qualities did not meet the needs of the commission, contrary to Section 7(c) of the Public Appointments (Parliamentary Approval) Act, No 33 of 2011

The team noted that Ng’ang’a falls within the average age of the present commissioners of 64 years, thus his nomination would deprive youth representation to the commission, against Article 55 of the Constitution.

The Tinderet MP Paul Melly-led committee also found that Abdi submitted a curriculum vitae, which had inconsistencies on her employment history.

In its report, the committee said it was unable to determine with certainty whether the nominee met the requirements of section 6(2)(b) of the TSC Act, which provides that a member of the commission shall have knowledge and experience of at least 10 years in matters relating to education, governance, management or law.

Leader of Majority Aden Duale led other MPs in rejecting the Education Committee report, saying it was contradictory and unconstitutional

MPs said age cannot be used to deny the candidate an appointment. “I know we need to provide job opportunities to the youth, but this is the wrong route to take in providing opportunities to our youth,” Mr Duale said.

Minority Leader John Mbadi supported the Majority Leader, saying the committee should have convinced MPs beyond any reasonable doubt on grounds of rejection of the duo.

“I am even told from the report that she (Abdi) was provided an opportunity and she brought the documents (academic) later. What is wrong with that,” asked Mbadi.

It, however, emerged that the two candidates were part of five others who were introduced after they failed to make it to the shortlist, causing a stand-off at the committee.

Committee chairman Prof Munene Njenga said yesterday his team did their best in vetting the candidates.

“We did what we could and forwarded the names to the presidency,” he said.

“Let the president do due diligence or even inquire from the selection committee members the correct details before making appointment,” said an insider. It was not clear whether Uhuru was privy to these details before forwarding the names to Parliament for approval or rejection.

Melly yesterday stood by the findings of his committee and said they were in the best interest of the country.

“We did due diligence, vetted the members and gave our verdict that they were not fit to be TSC Commissioners and we stand by that,” said Melly.

Kenya Union of Post Primary Education Teachers Secretary General Akello Misori yesterday termed as unfortunate the developments in Parliament, but said the union will continue to engage the employer.

“We no longer care who becomes commissioner now. All we need is to engage the employer on labour issues and that we shall continue to do,” said Mr Misori.

Section 8 (10) of the TSC Act states that the president shall, by notice in the Gazette, appoint the members approved by the National Assembly within seven days of receipt of the approved nominees from the Speaker.

Two other candidates from Rift Valley region – Margaret Lesuuda and Mary Rotich – were recommended by the selection panel to replace Commissioner Cleopas Tirop.