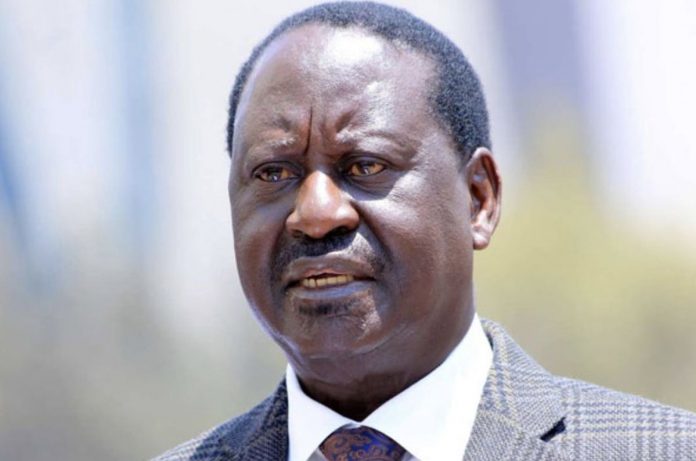 ODM party leader Raila Odinga on Tuesday opined on the re-opening of schools saying the government should not rush.

Speaking during an interview on a local radio station, Odinga said exams should not be prioritised over the well-being of candidates.

“I don’t support that schools should be reopened just because of exams, between exams and life what is more important?

“Schools can be opened after one year and the current classes be rewound, what’s the rush for? Where are they planning to take those candidates?” asked Odinga.

Schools have been shut for over two months in a bid to curb the spread of Coronavirus and in recent days, various stakeholders have been debating on whether learning should resume.

In their submission to the taskforce appointed to assess the education situation, the Kenya Union of Post Primary Education Teachers (KUPPET) proposed the reopening of schools by mid-June.

KUPPET suggested that only candidates and final year university students should be allowed back into learning institutions.

According to KUPPET Chairman Omboko Milemba, social distancing can be achieved if the students are spread out to the rest of the classes in schools.

The body also proposed provision of water in schools and minimal interactions between students and service providers.

Further, it says that games should be prohibited for now and both teaching staff and students to be provided with face masks.

However, the Kenya Primary Schools Head Teachers Association (KEPSHA) is of the opinion that schools should remain closed until September and exams should be pushed to 2021.

Education CS Prof George Magoha said it is difficult to settle on a date when schools will be opened due to the unpredictable nature of the Coronavirus.