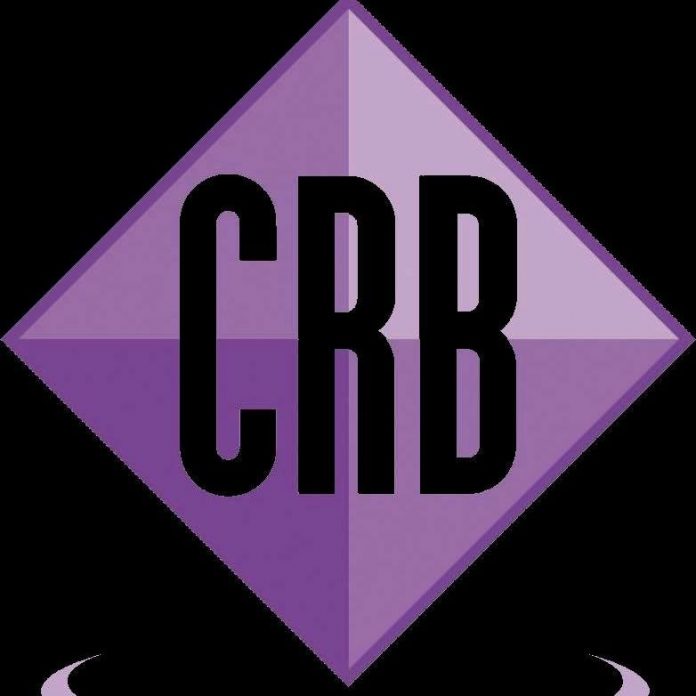 Today,tuesday may 28, 2020 at the Central Bank buildings,Central Bank of Kenya Governor Patrick Njoroge addresses a news conference. This is what he has to announce:

The Central Bank of Kenya (CBK) has announced that going forward, unregistered digital lenders will no longer have the luxury of listing customers who fail to settle their loans on CRB.

In a statement released on Tuesday, April 14, CBK announced that the measure was a decision with intent to strengthening the Credit Information Sharing systems (CISs) which have been misused by most of these lenders.

“The withdrawal is in response to numerous public complaints about misuse of CIS by the unregulated digital and credit only lenders, and particularly their poor responsiveness to customer complaints.

“Thus unregulated digital and credit-only lenders will no longer submit credit information on their borrowers to CRB,” the statement reads. 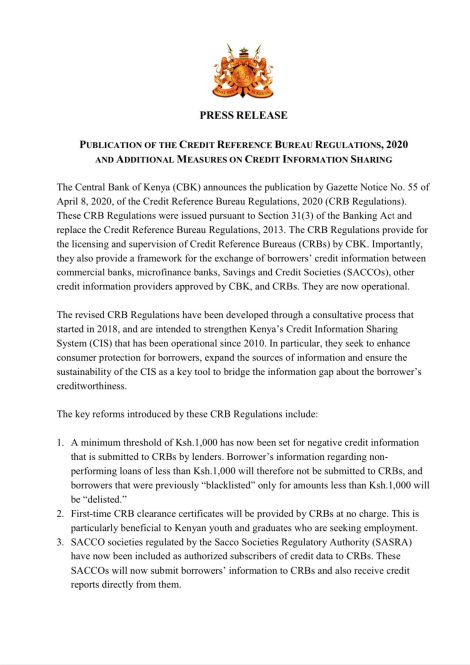 The CBK further announced that going forward, a minimum threshold of Ksh1,000 would be set as negative credit information that is submitted to the CRB by all lenders.

“Borrowers’ information regarding non-performing loans will not be submitted to the CRB, and borrowers that were previously blacklisted only for amounts less than Ksh1,000 will be delisted,” CBK informed.

It further added that first-time CRB clearance will be provided by the listing bureaus at no charge for the benefit of the Kenyan youth who are actively seeking employment.

In the spate of new measures, the CBK also announced that Sacco Societies regulated by Sacco Societies Regulatory Authorities have been included as authorized subscribers of credit data to CRBs.

“These SACCOs will now submit borrowers the information to CRBs and also receive credit reports directly from them,” the CBK announced.

The central bank further stated that for the next six months, the listing of negative credit information for borrowers whose loans were performing previously but have become non-performing from April 1, 2020, would be suspended.

“Consequently, loans that fall in arrears from April 1 to September 30, 2020, will not lead to the ‘blacklisting’ of the borrower on the CRBs.

“This is one of the emergency measures that were announced on March 25, 2020, in light of the exceptional circumstances from the coronavirus pandemic and aiming to shield borrowers from the adverse impact,” the statement concluded.

Thanks for Reading our article. For more news immediately they break, subscribe for free to obtain our notifications.