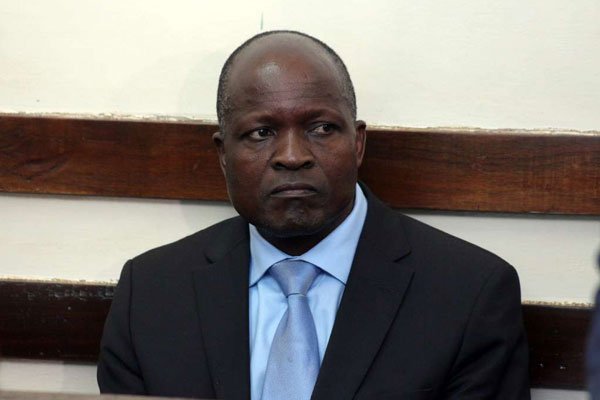 Obado the esteemed Migori governor wants family lawyer disqualified and his co- accuser wants an advocate to stop representing  the family of Sharon Atieno in the trial that opens in December.

Honourable Obado, Michael Oyamo,and Mr caspal Obiero wants lawyer George Wasackoyah out of the case in an application to be heard in a fourth night. The application was to be heard on Monday before justice Grace Ngege but lawyers represented the accused sought more time to file more papers in reply to an affidavit opposition of proffesor Wajackuya field.

Mr Obado says he had instructed the advocate to act for him after he assured him that he had been cleared to participate in the case by the  director of public prosecution and director of criminal investigations both of whom he does consultancy with.

Mister Nicholas Ombija, represented Mr Obado, the Migori governor. The migori boss said the advocate paid him a visit at Gigiri police station on September 23rd 2018 two days following his arrest and sought his instructions on the case.

Ombija said in a sworn statement that professor Wajackoyas continued representation was likely to breach the right to a fair trial and miscarriage of justice against applicant .

The feedback from the lawyer states that he was surprised by the application and allegations and that to sum it up all ,it was a clear affront to the right of the victims to have representation by an advocate of their own choice. The application is scheduled  to be heard on 27th November 2019.