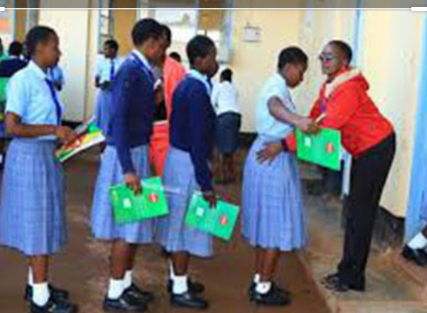 The candidates concluded project exams in January after a seven-month period starting from July 2021.

•The candidates held rehearsals on Friday last week in readiness for the exams.

•Theory tests will begin on Monday, March 14, and end on Friday, April 1.

KCSE candidates will begin their practical exams on Monday amid threats by KUPPET to disrupt the exercise over pay grievances.

The candidates held rehearsals on Friday last week in readiness for the exams. Theory tests will begin on Monday, March 14, and end on Friday, April 1.

The candidates concluded project exams in January that started in July 2021. They are Art and design, Agriculture, Woodwork, Metalwork, Building construction and Computer Studies.

Education Cabinet Secretary George Magoha on Friday assured that the remaining exams will go on smoothly despite a strike threat by teachers over a salary dispute.

The Kenya Union of Post Primary Education Teachers (KUPPET) on Friday issued a seven-day strike notice to push for the reopening of salary negotiations.

“The union is left with no option but to convene our organs to explore all avenues open to us and guide our members in their quest for a salary increment,” KUPPET secretary-general Akello Misori said during a press conference.

He said the union will give the way forward on Thursday and warned that failure for the Teachers Service Commission to reopen pay negotiations will result in industrial action.

Magoha, however, asked the union to suspend the strike until after the national exams are over.

“I want to plead with them to suspend that strike or they can issue it immediately after exams. It will be fair to the children,” Magoha said.

The CS said that whereas the union has raised legitimate concerns, it should not use learners as toys to achieve their goals.

A strike by the union will hamper the supervision of the KCSE exam.

Theory exams will begin on March 14 and end on April 1.