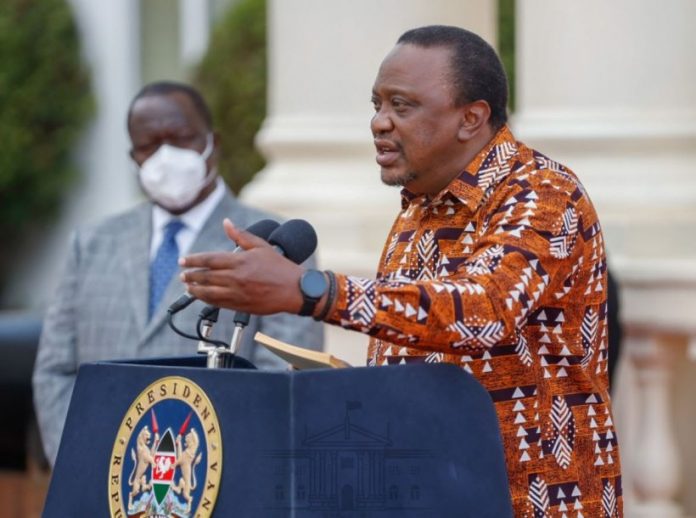 President Uhuru Kenyatta has extended the night curfew and ban of alcohol sales in restaurants as part of a bid to curb the spread of Covid-19.

In an address to the nation on Wednesday, the President said the countrywide curfew from 9pm to 4am will remain in place for another 30 days.

Mr Kenyatta also extended the closure of bars and pubs for another 30 days but allowed hotels to sell alcohol to residents.

“In the next 30 days, I’ve also directed that the Ministry of Health in conjunction with all bar owners will develop self-regulating mechanisms as part of their civic responsibility to their clientele in order to allow their resumption,” the President said.

Restaurants are to close by 8pm.

The number of people attending funerals and weddings was reviewed upwards from 15 to 100 with attendants adhering to health protocols, Mr Kenyatta said.

President also announced that the ministries of Sports and Health will jointly issue guidelines on the gradual resumption of sporting events in the country.

The address follows a meeting with the National Emergency Response Committee.

This comes as the country reported 213 new Covid-19 cases Tuesday, pushing the total number of confirmed infections across the country to 33,016.

According to the Ministry of Health, five new deaths have brought the total number of deaths to 564. There are now at least 19,296 people who have recovered from the virus.