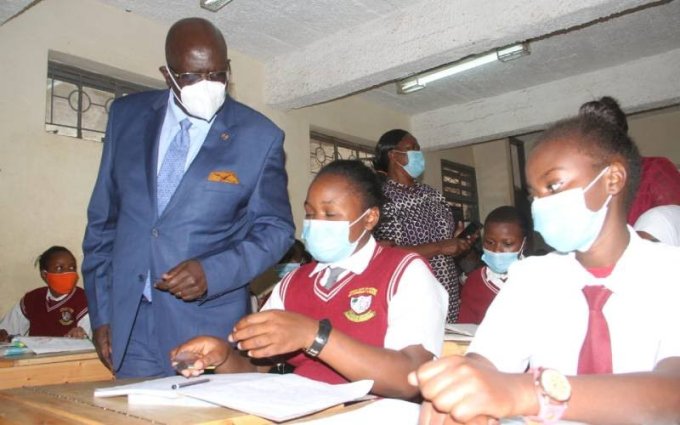 They held a consultative workshop on Friday, February 19 to deliberate on the way forward in light of the ongoing unrest in schools.

“Create alternative schools for children who even after all efforts by the teachers and parents don’t comply with the school rules to transition so that the incidents of unrest don’t surpass the official policy of free and compulsory basic education,” said Nicholas Maiyo, the chair of National Parents Association.

He further insisted that the curriculum should major on behavioral correction and rehabilitation.

“This schools to be structured in such a way that the character formation will be a major part of the curriculum even if it means that such children take longer to cover the curriculum,” he added.

They expressed their views on corporal punishment set for reintroduction sighting that it may not solve unruly behavior in schools. Several cases have been reported of children being hospitalized after punishment in schools.

Emmanuel Manyasa, the executive director at Usawa Agenda and an education expert, dismissed caning as a form of punishment claiming that it promotes violence.

” We are trying to teach children as they grow up that violence does not solve any problem.”

“Caning is telling them that if someone upsets you very much you can vent out on them with violence. And so we think that that is not the way to go,” he remarked.

Magoha has put several measures in place for students, teachers and parents to combat crime in schools. He vouched for the reintroduction of corporal punishment in January saying it would help curb indiscipline, an idea that did not sit well with many.

The government introduced the use of Whatsapp to link schools to police stations where teachers collaborate by reporting suspicious behaviors. School heads were mandated to reside in school premises to boost security.

Parents were also warned that they would cover the cost of property damage caused by their children. The ministry was looking at abolishing boarding schools as an alternative measure.