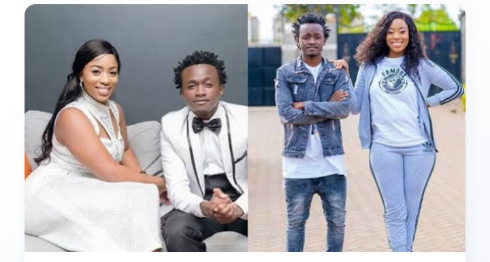 Gospel singer Bahati has been married for three years now.The father of four Celebrated his wife do sticking with him all along.He jokes of his he managed siring two babies in a span of 3 years.His comment about kids has sent his fans into laughter as they also tried to figure out why the happy couple was wager to grow their family so fast.

“Can’t believe we are cerebrating our 3 year relationship anniversary today.You know I love you and word will never be enough to pour out how much I love you.But I still don’t understand how we made two babies in three years.” He wrote.

Diana Maria also wasn’t left out and praised the singer for being a Godsend partner who went above and beyond to be a provider.