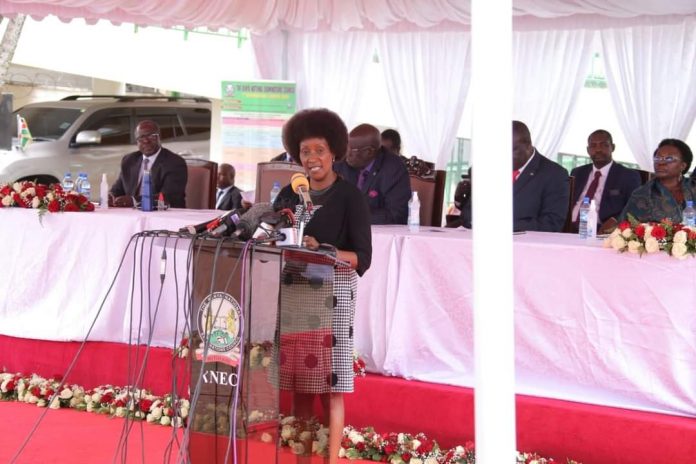 The procedure, according to Teachers Service Commission (TSC) Chief Executive Nancy Macharia, would have a human face

This came after a discovery was made that some schools were understaffed while others had more instructors than necessary, Dr. Macharia stated that TSC aims to have a proportionate number of teachers in public schools.

TSC Merit Lists:Schools will only invite Top five (5)candidates from the Merit list For July 2022 Interviews for teachers

Then this implies that some of the tutors from schools with more teachers will be moved to those with fewer teachers.

The above activity, according to the commission, attempts to increase the student to teacher ratio. Before schools open, the bulk transfer is expected to be finished.

Dr. Macharia said this despite the fact that there were 114,581 instructors needed in primary and post-primary institutions.

She further connected the lack of tutors to higher enrollment brought on by the large number of students who are school-age, the policy of 100% transition, and the opening of new schools.

Despite the scarcity, TSC committee was committed to ensure a wise and equitable allocation of the current instructors in both primary and secondary schools, according to Dr. Macharia.

“We have occasionally had to reconsider staffing.”

In order to ensure that all schools have balanced teacher to learner ratios before the start of the new academic calendar, the commission will soon urge our field officers to undergo a routine exercise of assessing their sub-counties, she said.

As per to TSC, it has been hiring 5,000 instructors a year to keep up with the rising student body in public schools.

This administration has pushed for a seamless transition between primary and secondary education.

As a result of 100 percent transition policy, additional schools have been registered in order to handle the growing number of students attending public institutions.