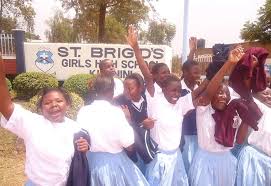 St.Brigids Girls High School Kiminini is located in Kiminini Town of Trans-Nzoia County along Kitale-Webuye road. It is a National school which traces its history to 1926 when it started as a mixed day primary school with standard 1-4 and thereafter it became a mixed intermidiate Day School.

In 1951, the boys moved to St. Joseph’s Intermidiate school near Kitale Town, while the girls became boarders under the leadership of Miss Fair Bank.

St.Brigids Girls High School Kiminini highest mean score under two streams was 8.9 in 2008 and the highest under three streams was 10.52 in 2014. The current principal is Mrs. Inviolata Lukorito who took over from Mrs. Wanaswa in April 2014

Upholding impressive display at the Kenya Certificate of Secondary Education, KCSE, Exams, St Brigids Kiminini garnered a mean grade of B+ (plus); with a performance index of 74.924 for the 173 candidates in 2018. In 2019 the school had a total candidature of 268 candidates 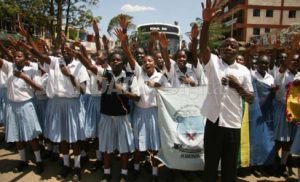