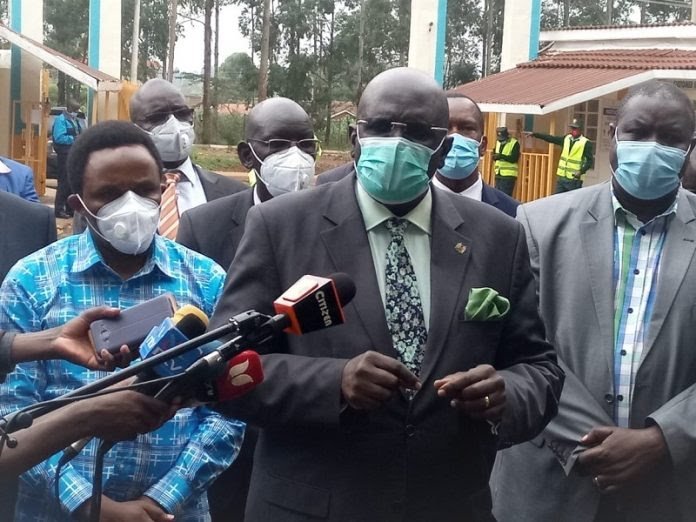 Education Cabinet Secretary Prof. George Magoha has reiterated that schools will remain closed until the country’s coronavirus curve flattens as per the world health organization’s standard.

Magoha argues that it would be unrealistic to gamble with the lives of Kenyan students.

At the same time he regrettably noted that only two TVET institutions countrywide had met the laid down protocols for gradual reopening.

Speaking in Meru County during an inspection of Meru National Polytechnic to ascertain the institution’s preparedness, Education Cabinet Secretary Prof. George Magoha, sent a strong indication that schools in the country are unlikely to re-open anytime soon.

According to the CS, some institutions do not have enough thermo guns while others have not put in place measures to ensure that students maintain social distance.

The CS reiterated that consultations among key stakeholders, including parents and teachers’ unions, are all in agreement that schools can only re-open once the COVID-19 curve is flattened.

The CS criticized those pushing for re-opening of schools citing ignorance on their part.

Magoha however, revealed that only two TVET institutions have adhered to Covid-19 guidelines in the country.