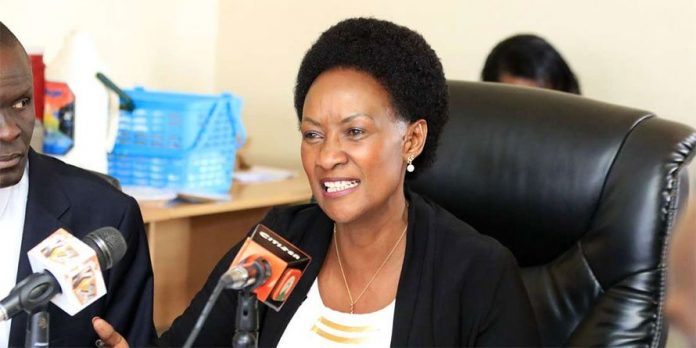 The Teachers Service Commission (TSC) has proposed a minimum of 16 percent new salary increment for teachers. The salary increment is to be approved so as to be included in the next Collective Bargaining Agreement (CBA) cycle.

In the proposals, the new CBA already deposited at the Salaries and Remuneration Commission is to take effect July 2021.

The 16 percent rise in pay should be for teachers in administration grade C4 to C5 who reaped big from 2016 to 2021 CBA. Classroom teachers in lower grades, B5 to C3 are to be awarded an increment of 30 percent.

The commission has already forwarded the CBA to the Salaries and Remuneration Commission in what argues is a thorough analysis representative of the views of the tow teachers’ unions, KNUT and KUPPET

But KNUT and KUPPET are vehemently opposed to the proposal terming them a drop in the ocean. The Unions claim there was no talk between them and TSC to come up with new salary scales as should be the case during the CBA negotiation.

The Kenya National Union of Teachers has already contested the decision by the Commission. In a letter to the salaries and Remuneration Commission, KNUT Secretary General Sossion is accusing TSC of forwarding a summary of the proposals the union made.

“Sneaking proposals to SRC in such a manner shall only serve to provoke the teaching service. We write to bring to your attention the anomalies and ask that you require Teacher Service Commission to, first of all, comply with the law prior to forwarding the said proposals” Sossion said.

KUPPET is rooting for expansion of teachers allowances so as to include postgraduate and township allowances. The union also wants the commission to harmonize house allowances for all teachers.

SRC Secretary Anne Gitau wrote to Sossion saying, the SRC has taken the issues raised and observed they are administrative in nature and should therefore be addressed by TSC and KNUT.