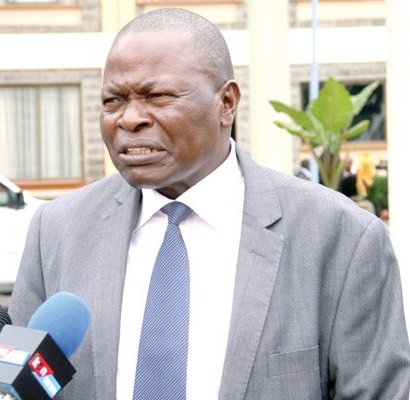 The Kenya Union of Post-Primary Education Teachers (KUPPET) has raised concern over the scoring matrix used by employers to promote them, claiming that emphasis is put on students’ performances instead of teacher’s output.

According to the union, the Teachers Service Commission scoring system favors teachers in extra-county and national schools due to the good performance by students in these schools.

KUPPET secretary-general, Akelo Misori, on February 10, said that the Career Progression Guidelines (CPG) and the Teachers Appraisal Development (TPDS) used the category of schools the applicants for promotion serve to determine their promotions.

“It is obvious that county and sub-county schools cannot compete fairly with the well-established ones. A glaring difference between the two categories of schools is in the entry qualifications for the form ones’ intake,” said Misori.

The CPGs were introduced by the Teacher’s Service Commission in 2018 and has been used for promotions since then. The Kenya National Union of Teachers (KNUT) however opposes it and it also distanced itself from the 2017-2021 Collective Bargaining Agreement meaning KNUT members have been left out of the promotions.

For teachers to be promoted, the score is based on the performance of their respective schools in school-based and national examinations. The mean grades determine their performances.

The process of filling 15,726 positions by the Teachers Service Commission started on Monday, February 8 and is set to be completed on February 19. These positions are to be filled by 33,000 teachers who were shortlisted.

“Unless the interviews are modified, many qualified teachers including those with post-graduate qualifications the TSC initially asked for might not get their deserved promotion,” said Misori.

KUPPET wants all teachers to be allowed to compete fairly regardless of the performance of their schools.