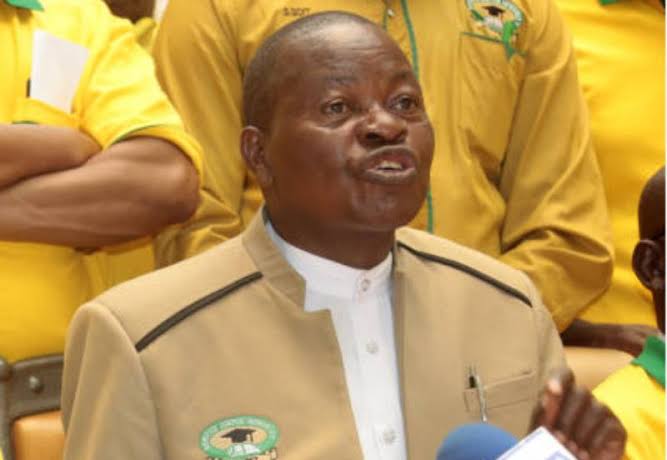 Kenya Union of Post Primary Education Teachers has come up with a raft of demands to see increased perks for its members. In the proposal, KUPPET wants salaries and allowances for its members be reviewed upwards by the Teachers’ Service Commission (TSC) to cushion them against the increased Cost of living. “The cost of living has increased rapidly over the last two years affecting the purchasing power of house hold goods and services. The transport cost has increased beyond the commuter allowance negotiated due to increase of fuel and general overall transport cost”, reads the document presented to the TSC by KUPPET.

The union demands that the following issues may be considered for negotiations to cushion teachers in their delivery of services:

3.HOUSE ALLOWANCE
The Union demands that House allowance be harmonized across all regions.i.e Teachers in Grade C2 should enjoy the same house allowance whether in Nairobi or Marsabit and this should be in all grades.

4. TOWNSHIP HARDSHIP ALLOWANCE
While teachers enjoy equal house allowance across all regions, the Union proposes the introduction of township allowance. Teachers in urban areas experience challenges of high cost of living and expensive urban transport and this makes no difference with a teacher in a hardship area. We propose a town allowance of 30% of basic salary be paid to teachers in major cities or county headquarters.
5. HARDSHIP ALLOWANCE
Hardship allowance shall be payable to teachers assigned duties in Arid and Semi-Arid Lands (ASAL) areas. However, the areas declared as hardship needs to be reviewed because there are other emerging issues like terrorism, cattle rustling etc.

6. RISK ALLOWANCE
Risk allowance shall be payable to all Science teachers due to exposure to chemicals and other substances. The Union demands that Risk allowance be paid at a rate of 20% of the basic salary as per appendix. This is a new allowance proposed by KUPPET for Science tutors. In the proposal, teachers in job group C2 will get a minimum of Kshs. 5,465 while those in D5 will get a high of Kshs. 30,587 per month.

7. Accommodation ALLOWANCE
Teachers are assigned duties outside the work station. In the civil service, there are guidelines stipulating the allowance for every cadre. The Union has proposed development of clear guidelines on the payment of accommodation allowance (per diem) as well as the amount as shown in the appendix. In the appendix,Teachers in grade C2 are to receive between 6,000 and 3,000 in big cities and others areas respectively. While, those in grade D4 will receive between 10,000 and 5,000

8. POST GRADUATE SCHEME OF SERVICE
The teaching service has no scheme of service for teachers who have attained a Masters and Doctorate degrees. Instead, the employer awards three increments to the holders of such qualifications. The proposed scheme seeks to allow TSC recruit teachers possessing post-graduate qualifications at entry level. The Union demands that Post graduate scheme of service be developed and be eligible to all teachers holding a Master’s and Doctorate degree. The said teachers shall be paid an allowance equivalent to 40% of the basic salary.
9.CAREER PROGRESSION
Parties agreed that career progression in the teaching service shall be as provided under Part VI of the Code of Regulations for Teachers. However, KUPPET demands that the Commission in performance of its obligation under this agreement ensures that every teacher under its employment is facilitated to undergo professional development.

10.OVERTIME ALLOWANCE
KUPPET demands that working hours for all teachers be 8 hours per day i.e. 8.00 am. to 5.00 p.m. with one hour lunch break for five days i.e. 40 hours per week – Monday to Friday. Further, the Union proposes that any extra hours worked be compensated as an overtime as teachers in boarding sections are overworked and no monetary compensation are done. The overtime allowance schedule is attached as per Appendix.

11. COMPREHENSIVE MEDICAL COVER
We propose that medical allowance be increased by 100% to enable the employer improve health benefits with insurance underwriters. This has been a major cry from most teachers who want the TSC to revoke the AON medical scheme that they term as inefficient.

12. TEACHERS’ SALARY INCREMENT
The 2016 basic salary increment be varied to align the increment with challenges of inflation.

The Union also wants these other issues addressed with immediate effect

The marking scheme for employment of Diploma teachers is discriminating and unfair to diploma teachers. We propose it be reviewed so that they are given same marks as graduates.
Special schools allowance terminated without consultation should be reinstated.
Annual increment for teachers seems not clear. Not all teachers have been given the same.
There should exist common cadre grades to show job group progression as before the CBA 26th October, 2016.
It remains to be seen what response the TSC will give to the proposals. the TSC has been adamant on increasing teachers’ perks and promotions saying they are implementing the current CBA that runs to 2021.