CS Magoha has faced attacks from teachers and the general public over the act of Dressing down a senior Education Officer in Public.

In a clip that has been making rounds on social media, the CS is seen adressing the officer with abusive language this has so far received a mixed reaction from the public some demanding he should not play the role of a Minister.

Just yesterday (Thursday)  the PSC, through a circular, stripped off CS Magoha’s Power handing it over to his Junior Belio Kipsang. So far  this move has not pleased the KNUT Secretary General Wilson Sossion for he has come out defending the Education Cabinet Secretary Prof George Magoha against accusations of high handedness,

But Speaking to Standard Digital on Saturday, Sossion said cartels have blown the incident out of proportion following CS Magoha’s tough stance on corruption in the ministry.

“The same cartels who fought and removed CS Amina Mohamed are taking advantage of a minor incident to remove Magoha because of his stance against corruption,” he said.

He said there was nothing wrong in the CS asking tough questions from his field officer who had failed in his duties.

“What really was the personal concern of Magoha at Langas Primary School? Proper hygiene and he was asking questions his field officer?” he posed.

“A minor thing is being blown out of proportion and cartels are taking advantage to have him out.”

The Knut boss warned Kenyans to prepare for cases of examination cheating and full-blown cash embezzlement in the ministry should the cartels succeed in their attempts to elbow Magoha out of the ministry.

Sossion also hit out at Public Service Commission (PSC) for stripping off CS Magoha powers to carry out human resource functions at his ministry, saying it was tantamount to sacking the Cabinet Secretary.

“It is unheard of for a commission under another ministry to take powers from a CS in another ministry, an appointee of the President, it is wrong and bullying,” he told Standard Digital on phone.

The Nominated MP urged President Uhuru Kenyatta to come out and defend CS Magoha and give him more powers to deal with graft in the ministry.

“The president should not buy this nonsense from people scheming against Magoha because he has sealed all corruption loopholes used by cartels to embezzle public funds,” he added.

He urged Uhuru to put the Teachers Service Commission (TSC) under CS Magoha for better service delivery in the education sector.

Sossion said President Uhuru must support CS Magoha and ensure teachers are under the ministry to centralise management of education programmes such as teaching to avert a chaotic scene in the ministry.

“They cannot remove teachers from CS control, then do the same to all officers under him through PSC which is under a fellow Cabinet Secretary, that is a recipe for chaos,” he said.

Sossion said it makes little sense that TSC which employs teachers who implement the ministry’s policies on the ground is operating on its own and even fighting the ministry.

“Kenya is the only country in the world where Education CS has no administrative connection with teachers who implement ministry’s programmes, instead they are under a rogue employer called TSC.”

He cited Magoha’s stance on corruption, handling of Covid-19 in school and national examinations as some reason he is being fought.

PSC stripped Magoha off powers and transferred to his junior, Basic Education Principal Secretary Belio Kipsang, in what appears to be a phased approach to boot him out of the sensitive docket.

The changes were made in a tough circular released Friday after Magoha was captured on camera hurling insults at a senior Ministry of Education staff in Uasin Gishu County.

In the video clip, Magoha heaped abuses and chased away Gitonga Mbaka, a County Director of Education, blaming him for the untidy state of Langas Primary School

A clip of CS Magoha Abusing a senior Education Officer 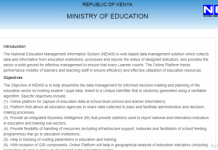 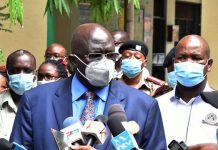 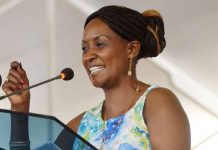 TSC Announces its Plans to Recruit 5,000 Teachers in July 2021; Details

KNEC Requirements for Registration of a new Examination Centre

CS Magoha Responds to parents’ Request to Review Form one...

CS Magoha Issues New Form One Reporting dates; How to...