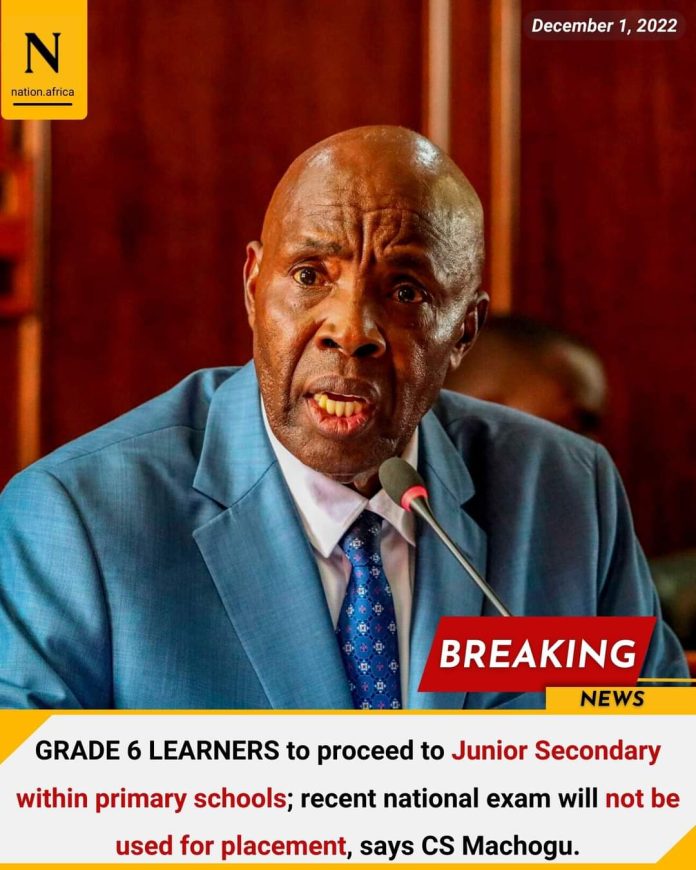 The Education Ministry has a new Cabinet Secretary, Ezekiel Machogu, who has been busy with implementing the new strategies that were laid out by the President in his manifesto.

Part of the manifesto of Kenya Kwanza was to ensure that there are enough teachers across the country to make up for the deficit that has been there for many years.

This afternoon, according to the available reliable reports that we have with us from the Teachers Service Commission, the government is set to recruit a high number of teachers as from January 2023.

The reports Further states the government will recruit 30,000 teachers in January .The Teachers Service Commission will now hire more teachers to primary schools.

The recruitment of an additional 30,000 teachers for the junior secondary level has been ordered by the Presidential Working Party on Education Reform.

The Teachers Service Commission is set to recruit an additional 30,000 teachers by the month of January in the year 2023.

This will facilitate the primary to secondary transition that has been announced this afternoon, government says.

According to the report, “MOE, KICD, and TSC will work on modalities of fast-tracking retooling teachers to ensure the country has enough teachers who are compliant with CBC.”

Additionally, the group under chairman Raphael Munavu stated that when appointing teachers for Grade 7, Grade 7 instructors should be prioritised.

This working team must provide its final report by March 2023 to the ministry of education so that the government can work around the clock to employ teachers who are greatly required in junior secondary schools across the nation.