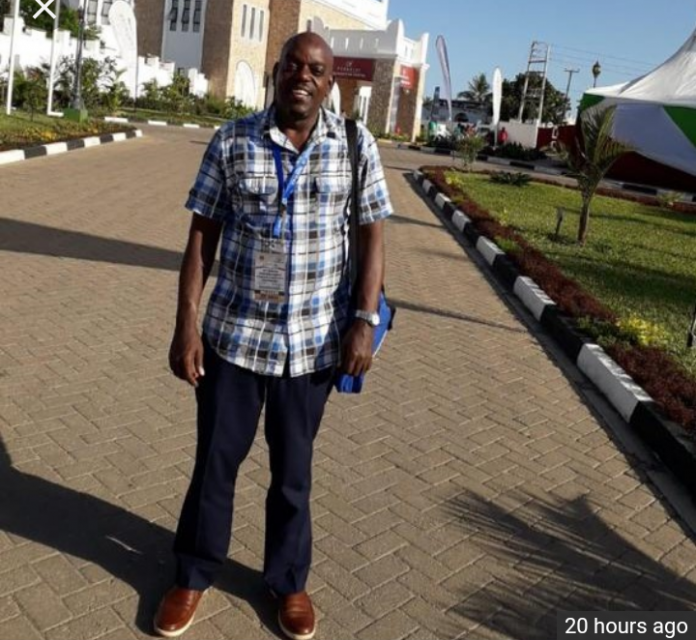 The Tononoka Secondary School principal Mohammed Khamis has succumbed to Covid 19. This comes days after the school was closed following reports of Covid-19 spread. His deputy Mr Benjamin Kitsao Nzaro confirmed his death on today Monday. The late had been admitted a Mombasa hospital since last week. He succumbed on Monday afternoon.

In a Post on TSC’s official Twitter and facebook pages,  TSC has sent their condolences to the family of the late Tononoka secondary school Principal, Mr. Mohammed Hamis.

He was buried at 3 pm under Islamic rites. However there are more questions than answers on status of preparedness in the schools. Both teachers and learners are worried as cases of Covid-19 in schools keep increasing and some leadingto death.

Few weeks ago we received shocking news on death of a teacher in Kiambu this was later followed by closure of two schools in Mombasa, Star of the sea and Tononoka secondary schools. From Nandi to Kamusinga cases of Covid-19 have been reported in schools. Education Chief Administrative Secretary Zack Kinuthia said every school would be handled individually. “The health of ourchildren isparamount.

We believe schools are able to control the Grade Four, Standard Eight and Form Four learners but the rest of the children may have to wait a little longer” he said.

However the biggest worries is on the level of preparedness to curb the deadly virus. Most schools are in pathetic condition struggling even with very important needs like water and soap. Teachers also lack proper training on Covid-19. The death of Mohammed Khamis has raised more questions and caused more panic for both teachers and learners.

CS Magoha has already concluded on debate on closure of schools. He said schools would not be closed despite the rising cases of Covid-19. Mombasa cases Mombasa county commissioner Gilbert Kitiyo said 11 teachers from Tononoka High School and four others from Mama Ngina High School have tested positive for the virus. Kitiyo said samples from teachers at Star of the sea Secondary School were also taken after suspected cases were reported.

Both the Star of the Sea Secondary and Tononoka secondary schools have been closed.

Learning, however, went on at Mama Ngina High School despite the cases. Mombasa County Public Health chief officer Pauline said the management of the Star of the Sea School had requested for samples to be taken for testing. A circular from the management, dated October 19 and signed by headteacher A. Mulinge, said the school had been closed for fumigation.

Education CS George Magoha has since warned schools against further reopening, as 931 more people tested positive for Covid-19 on Sunday. Speaking in Nairobi, Magoha said the Cabinet is yet to approve the decision to reopen for other grades

“The government has not authorised the further reopening of other schools in public, private or international schools… that decision is yet to be considered by the Cabinet and when we get to it, the nation shall be told,” Magoha said.