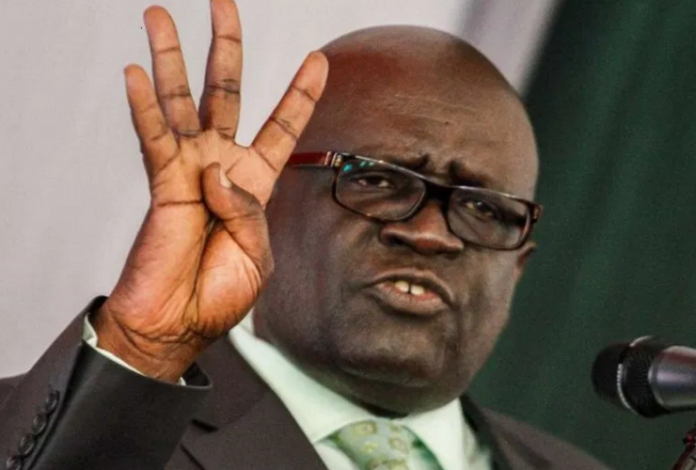 The cabinet Secretary of education in a daily press conference to address the Covid-19 pandemic, always chaired by the President and CS of health, again talked of the KCPE and KCSE examination dates. KUPPET leaders, majority parents and teachers even students are wishing that the examinations could be postponed due to the pandemic that rendered the president to stop all learning in Kenyan institutions.

“Up to this moment, nobody has thought of postponing the examinations (both KCPE and KCSE exams) and to the best of the government’s ability the children are getting online learning,” said Magoha

In a press conference at Afya House on Monday, April 13, Education CS George Magoha addressed the question of when schools would be expected to resume following the disruption of the school calendar by the Covid-19 pandemic.

Magoha stated that he could not give an exact date and was awaiting guidance from Health CS Mutahi Kagwe concerning the pandemic.

“On the question of when schools will open your answer is as good as mine,” stated Magoha before responding to several queries including on schools charging parents fees for online learning resources. 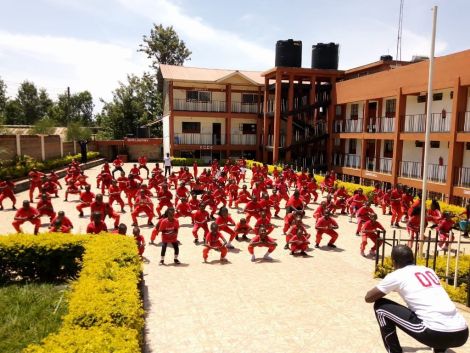 A stock image of pupils and their teacher exercising at St Petroc Premier School on January 3, 2020.

He noted that a number of schools were being employed as quarantine facilities which had significantly curbed the spread of the virus.

“Our facilities are being utilised to control the Covid-19 pandemic with extremely good results,” stated Magoha.

On the question of the status of the government’s online learning programme, Magoha stated that the most important thing was that children were safe at home.

“We are offering online education through online classes and a large number of those children are carrying on with their studies as expected,” explained Magoha

The CS stated that the government recognised that some children were unable to access online resources and this was a concern the ministry was looking to address.

“For the children who can’t access online education, that is being addressed using various machinery,” he stated.

Magoha stated that the public would be informed of changes pertaining to the education timetable when it was available.

“When the time is ripe we will tell you the various options which depends on what Kagwe will say,” he provided.

Queried on the question of whether exams would be postponed, Magoha was categorical that, from where he stood, timetables for national examinations remained unaltered.

“As of now, I as the head of the sector don’t see why we would postpone exams,” stated Magoha.

Justifying the stance, the CS stated that learning had not been disruped for long enough to justify such an action.

“School has been out for three weeks since the government announced the pandemic. What we should ask about is whether schools will open on the May 1, or May 2, as planned. But we are not going to risk the lives of our children because dead people don’t take exams. I would encourage parents to remain calm. We have not reached the point to say we will postpone this or that,” stated Magoha.

Thanks for reading our article. To obtain KNEC and TSC news immediately they break, subscribe to get notified whenever we post.