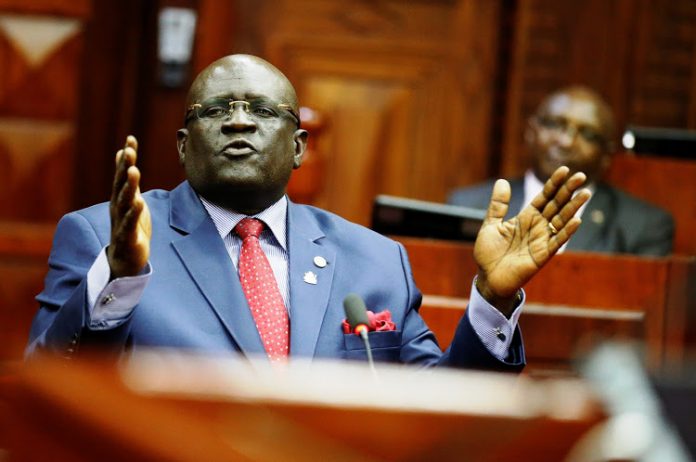 This comes After the funds were sent to the school accounts and later reversed.  This brought up a mixed reaction among teachers, some went ahead to talk about the issue on social media platforms. In response, CAS Kinuthia came up last week to talk about the issue. He insisted that the BoM teachers in Public Schools should not in any way doubt nor worry for they intended to avail the payments by the end of this week.

In the Circular issued by Belio Kipsang, The information required was detailed as: Teachers Service Commission (TSC) numbers, Name of County, School Name, Number of Teachers, Teacher’s Name in full.

It is clear that BoM teachers have gone without salaries since March 2020, leading to a rallying call for the national government to intervene.
On July 27, President Uhuru Kenyatta directed Treasury CS Ukur Yattani and his Education counterpart George Magoha (Education) to expedite the process of disbursing the funds to alleviate the plight of the teachers.

However, the requirement to produce TSC numbers could prove to be a hindrance for a section of teachers.

On March 1, the Teachers Service Commission (TSC) announced its plan to register all teachers afresh in a countrywide process.

This was necessitated by the existence of hundreds if not thousands of teachers currently serving without valid numbers.

The TSC further warned that those found to be earning salaries without proper documentation would be sent home, while those with irregularly acquired TSC registration numbers without following due process would be identified and delisted.

Latest data released by the commission shows that there are 316,662 teachers in both primary and secondary schools across the country.

However, in 2009, a report generated by the Efficiency Monitoring Unit found a conflicting number of teachers, with more than 20,000 teachers unaccounted for.
In the latest directive, school heads were reminded that Under Article 237 (2a) of the constitution, the TSC is mandated to register trained teachers. In addition, section 23 (2) stipulates that no person shall engage in teaching service unless such person is regarded as a teacher and is hence registered in line with requirements of he TSC Act.

Most of the BoM teachers currently working across various public schools with the required TSC number are undergraduates working mostly in rural areas where demand for their services has often resulted in overlooking some of the requisite documentation.

Since the onset of the Covid-19 pandemic, teachers across the country have been hit hard, following the closure of schools and the declaration of 2020 as a dead academic year.

Their counterparts in private schools are even worse off, with a majority of privately own academies facing permanent closure.
On August 9, CS Magoha announced that the government was looking into availing a form of bail out fund to private schools that would meet a specific criteria after vetting.

“The government is further considering availing a Ksh7 billion in concessionary loans to qualified private school owners,” he stated

Thanks for reading our article, subscribe to get notified of Breaking news