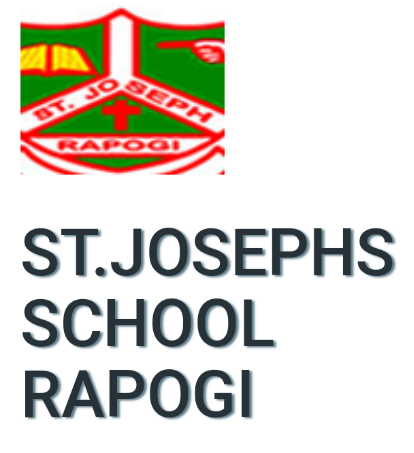 History  and Administration of the school:

St. Joseph Rapogi School is a mixed day school, located in Tamu location, Migori County. The school was founded in 1961 by Roman Catholic missionaries before it was a state-owned public school.

St. Joseph’s Rapogi Secondary School is one of the giant school not only in southern Nyanza but also in the whole province. The academic performance of the school is very remarkable.

800-900 students attend the school each year and it has a teaching staff of 60. The former school director was Mr. Maurice Nolo who succeeded Mr. Thomas Kogalla. Principal Kogalla took over from Mr. Awiti, who succeeded Hon John Pesa, an accomplished educator turned politician who after his term as Migori Teachers College, was educated as an MP of the Migori Constituency. The school director is Mr. Maurice Otunga, who was the former principal of Ringa Boys High School. In 2010 the population was 902 students but by 2015, the population had risen to around 1500.

The school has 17 dorms with a capacity of 90 students per dorm. The latest development is the completion of the four-storey dormitory that has greatly eased congestion in the school. The school is a seven-streamed school in form one to three, the current form fours have a five-streamed class, a total of 26 classes. With the Ministry’s stipulated enrollment of 45 students per class, the total student population should, therefore, be 1035. However, the present population is slightly higher due to high demand. The school admits children from various religious and ethnic groups after an eight-year primary cycle ending with the Kenya Certificate of Primary Education examination.

The school is one of the giant school not only in southern Nyanza but also in the whole province. The academic performance of the school is very remarkable. The class of 2004 emerged at position one in Nyanza province, defeating the
Maseno School, Maranda High School, Kanga High School, and St.Marys’ School Yala.