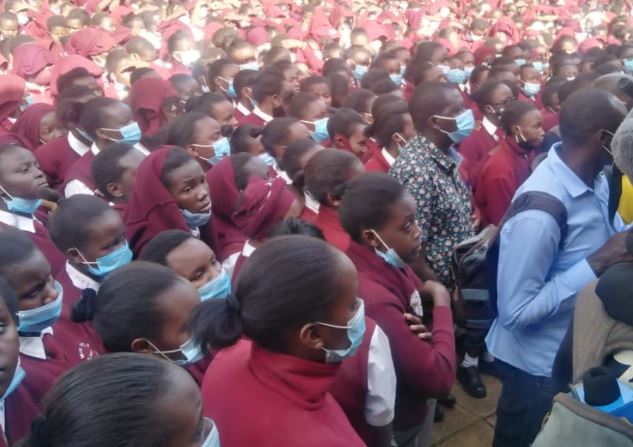 Moi Girls High School in Eldoret has been closed indefinitely following protests Wednesday morning, in which students accused their school principal of ‘arrogance’.

The learners have until tomorrow to vacate the premises.

“Due to the current unrest in school, you are required to pick your daughter before the end of today,” Education Director Gitonga Mbaka wrote in a memo.

Students went on the rampage this morning demanding the transfer of school Principal Christine Chumba.

They blocked the school’s gate for hours before they were addressed by Uasin Gishu County education officials.

In a list of claims, they further accused their school head of abolishing entertainment and sporting activities.

They also accused her of cutting down iconic trees that have beautified the institution.

Eating cabbage and Ugali on a daily basis and sacking of watchmen were also listed as part of the reasons the students wanted their principal out.

Uasin Gishu County Director of Education Gitonga Mbaka said the school board is deliberating on the issues raised by the learners.