Kisii School is a public National boys’ school in Kisii, Kenya. It is a non profit public institution established in 1934 (by the Young Kavirondo Association) to provide secondary education to young pupils.

Immediately after the Colonial Government become interested in education, following the Phelps-Stokes Commission report of 1925, Kisii School started in 1934 as Government African School (GAS). The local Native Council of South Kavirondo raised the funds. It is one of the three ‘K’ schools which were started by the natives. These schools include; Kisii School, Kakamega School and Kagumo High in the central province. They were referred to as government African schools (GAS)

1934- Started Artisan courses at Primary School (Std. equivalent to STD 4-6). But when it was unable to get pupils, the school admitted pupils in the substandard level (an equivalent of standard 2 and 3) with 15 pupils.

1945- The Secondary School section was started. At that time, this was called the Junior Secondary- equivalent to standard 7 and 8. The population was still 60 per class.

1956 – The school entered its first candidates for Cambridge School Certificate. A total of 60 students were registered.

The school has had a strong connection to the Musa Nyandusi family, a Senior Chief during the colonial era. This was the most powerful position akin to a king answerable only to the colonial authority with minimal supervision. The Land on which the entire school stands was donated by Senior Chief Musa Nyandusi The school has produced the likes of Simeon Nyachae, a son of Musa.[citation needed]

The secondary school curriculum emphasizes job-oriented courses, such as business and technical education.

Kisii School is a National Public School and it receives a large amount of public money from the government. The Board of Governors(B.O.G.) and the Parent Teachers Association(P.T.A.) oversee the smooth running of the institution. Daily routine business of the school is headed by the Office of the Principal.

Admission of students is by open competitive K.C.P.E. examination every year.

Candidates are judged according to need and parental income and their performance in the national KCPE examinations. Selection is solely based on merit.

The school has dormitories, dining hall, classroom block, and Computer and Science laboratories. There are Technical Education workshops fors Woodwork, Metal work, Electricity, Power mechanics, and Agriculture. Students partake in watering of the livestock and vegetables from which meat and greens for meals is outsourced. 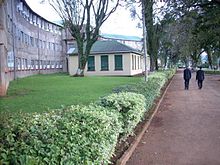 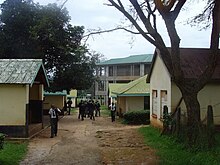 There are activities in which the houses compete – Science congress, athletics, cross-country, ball games, drama and academics.

The school principal, Maurice Odera usually offers a reward for the top three houses in each field.

Choices include basketball, rugby, soccer, track and field, hockey, volleyball, handball, swimming, and lawn tennis. Individuals and teams have won national and regional honours in almost all of them. 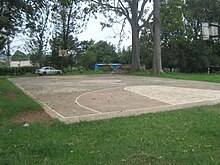 Under the leadership of John L. O Kinaro,(1991–1998) a former principal, Kisii school emerged as the best soccer school teams in the 1990s. The record they set can only be rivalled by Kakamega School. They won three consecutive national championships between 1996 and 1999. Most of the team members have played for the national team, and some are playing professional football in Europe and Asia.