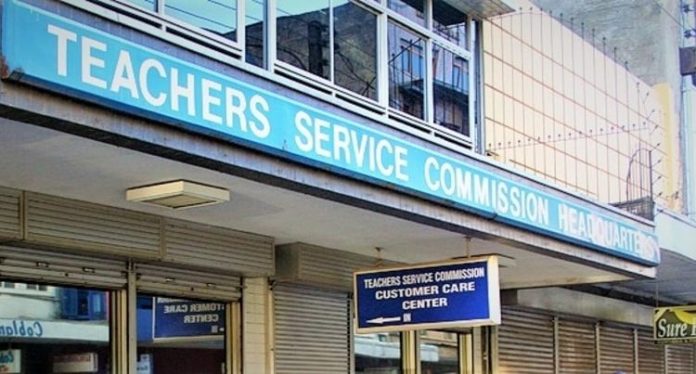 Something happened earlier this month. The Labor and Employment Relations Court has ordered the National Police Service (NPS) to recognize and pay police officers who have completed training at various accredited universities.

This led to a group of police officers who had improved their training and graduated from universities suing their employers for not promoting them after receiving their degree certificates.

Following this decision, more than 1,700 post-graduate police officers will be promoted from Job Group F to Job Group J.

As a result, the court not only promoted the post-graduate police, but also ordered to pay the arrears. As a result, the aggrieved officers are expected to owe around Sh400,000 each, a total of over Sh700 million.

However, it is a desperate situation for primary school teachers after spending thousands of shillings to improve their teaching skills.

The details show that thousands of primary school teachers in the lower cadre are experiencing tough economic times despite spending large sums of money to improve their training in various schools.

Teachers have no smile when they spend everything and take loans for expensive education.

They are “bad heroes”. Prior to 2014, primary school teachers were automatically promoted after receiving various academic credentials from universities and colleges through in-service training.

The P1 teacher will receive a letter confirming the receipt of the documents submitted after obtaining a degree or diploma from the university or college and sending them to the Commission.

The teacher will then be promoted to a better job group depending on the quality of the new certificate.

TSC promotes teachers based on the Scheme of Service (SoS) for teachers. However, in January 2014, something happened. TSC has stopped automatically promoting teachers who improve their training.

Instead, Professional Development Guidelines (CPGs) were introduced to replace the Scheme of Services.

This comes after Knut and kuppet signed a $54 billion Collective Bargaining Agreement (CBA) from 2017 to 2021.

Since then, there have been protests from elementary and middle school teachers, who say the CPG has only led to job stagnation.

So far, TSC only recognizes teachers with P1 qualification (secondary option). The board promotes them by placing them to teach in secondary schools.

Thousands of P1 teachers who joined the university with KCSE C (easy) to get their educational qualifications were locked out after the TSC move.

In June last year, the National Assembly recommended that teachers who earn more during their service be promoted.

This followed a successful petition by the secession union led by the spokesperson Martha Omolo.

This petition was submitted to the House of Representatives on February 18, 2022, on behalf of the former chairman of Knut, Mrs. Wilson Sossion, Omolo.

The Kenya National Teachers’ Pressure Group (KNTPG) has urged the TSC to promote teachers who have diploma, bachelor’s, master’s and doctoral degrees while in service.

As a result, the MP recommended that the TSC continue to recognize and recognize the higher qualifications that teachers have gained during their teaching careers.

“Councils must, within six months of adopting this report, engage in open discussions with unions about Professional Development Guidelines (CPGs) and protect the rights of teachers to obtain relevant qualifications during employment.

Further, the TSC will issue guidelines on the relevant courses to be taken by the teachers,” he said.

Deputies noted that the promotion will be “in line with the UNESCO / ILO Recommendation of 1966 codifying the intellectual rights of teachers conducting and completing relevant training courses”.

The report also stated that the TSC has refused to use the CPG introduced in 2016 to serve teachers. The TSC must ensure that any changes to the Code of Regulations for Teachers are approved by Parliament and that the CPG is not affected or deleted. the benefits of serving teachers,” said the report of the former committee led by former Busia Women’s Representative Florence Mutua.

But Advice Modules for a period of five years each. The Commission will issue TPD points to teachers in each chapter of the module completed