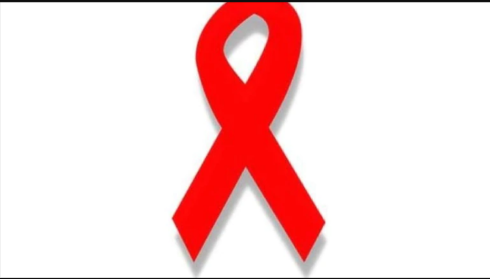 December 1 is celebrated as World AIDS Day every year, it gives people the opportunity to join the fight against HIV.

World AIDS Day 2019: December 1 is celebrated as World AIDS Day every year all over the world. The main motto behind celebrating the day is to raise public awareness about AIDS. Acquired Immuno Deficiency Syndrome, is a pandemic disease caused due to the infection of Human Immunodeficiency Virus (HIV), which causes damage to the immune system.

World AIDS Day was first observed in 1988. And each year, different organisations across the world bring attention to the HIV epidemic, endeavour to increase HIV awareness and knowledge. According to World Health Organisation, “37.9 million people living with HIV at the end of 2018, 79 percent received testing, 62 percent received treatment, and 53 percent had achieved suppression of the HIV virus with reduced risk of infecting others.”

The medical sciences found treatments for HIV, and various formulas have been also taken to fight against discrimination and to safeguard HIV patients with proper treatments. Still, there are millions of HIV patients, who still do not have access to tests, treatments and medications for HIV. So it is important to observe the day. It will act as a reminder for all that HIV still exists and we need to fight together to end this the disease. This year the theme for the World Aids Day 2019 is “Ending the HIV/AIDS Epidemic: Community by Community”

World AIDS Day gives the opportunity to fight against HIV. People who have been affected by HIV feel motivated and dare to fight against the fatal disease. In support to create awareness, here are some inspiring quotes to give courage and togetherness in the face of this global epidemic.

WORLD AIDS DAY 2019: HERE ARE SOME INSPIRING QUOTES
“Never, never, never give up.” -Winston Churchill
“Act as if what you do makes a difference. It does.” -William James
“It is never too late to give up our prejudices.” -Henry David Thoreau
“The most important thing in illness is never to lose heart.” -Nikolai Lenin
“Every action of your life touches on some chord that will vibrate in eternity.” -Edwin Hubbell Chapin
“Dare to reach out your hand into the darkness, to pull another hand into the light.” -Norman B. Rice
“It is bad enough that people are dying of AIDS, but no one should die of ignorance.” -Elizabeth Taylor
“AIDS obliges people to think of sex as having, possibly, the direst consequences: suicide. Or murder.” -Susan Sontag
“Promise me you’ll always remember: You’re braver than you believe and stronger than you seem, and smarter than you think.” -A. A. Milne
“Behind every chronic illness is just a person trying to find their way in the world. We want to find love and be loved and be happy just like you. We want to be successful and do something that matters. We’re just dealing with unwanted limitations in our hero’s journey.” – Glenn Schweitzer