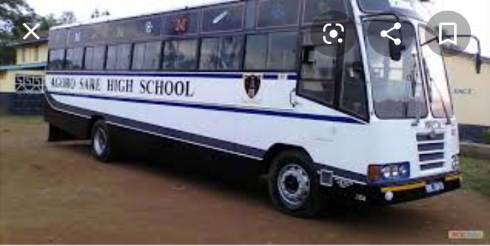 About school:
Agoro Sare High School (ASHS) is a public high school located in Oyugis, Homa Bay County, Kenya. It was started  in the year 1958 where by it  is categorized as an Extra-County School meaning up to 40% of students from outside the county can be enrolled into the institution.[1]

Mission: To labour towards success by nurturing learners inherit abilities through co-operation, discipline and self-sacrifice.
Vision: To be a centre of academic excellence, producing responsible and self-reliant citizens.

Febrick Kingsley class of 2014 says Agoro Sare High School is a school in all perspectives be it academics, discipline, infrastructure. Indeed it’s a nice place to stay for four years having in mind that you are a university student-the problem is what course to pursue once.
Kevin Allan Odanga class of 2015 says he loves the school because it has made him realize his dreams by providing a good foundation to further his studies. He says the school provides disciplined, well-informed, and responsible citizens in the society. Willys Abungu class of 2011 says he had a great time in that school, he learnt a lot of survival skills in order for him to pass exams.                                                He says it was had at the beginning but he adapted and learnt how to survive in a different environment out of his comfort zone. he also says the school enabled him to achieve sustainable grades which eventually enable him to pursue the course that he wanted.

Maseno School were left to regret their poor throw shooting having squandered numerous chances to go ahead when teams were tied in the fourth quarter.

Maseno played catch-ups throughout the game thereby underlying how the small teams in the region have bridged the gap between them and the supposed giants in recent years. From then on they chased the game as Agoro Sare High School maintained their cool to emerge victorious at the third time of asking.
The Head coach paul Odok of Agoro Sare High is happy that his players have come of age having lost by the same margin last year. He said they have managed to win by the same margin which is very satisfying. They want to win the national championships in Mombasa and dominate in the coming years. He said their aim is to qualify for the East African Championships for the first time and probably dominate the Kenyan basketball game in the near future.

The  school has been performing excellently in the recent years.