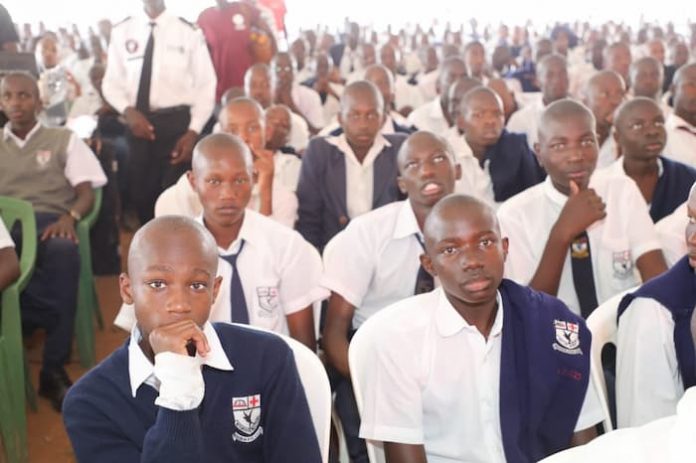 A fire outbreak was reported at St Martin School just behind Nairobi School and opposite Loresho estate.

Videos obtained by Kenyans.co.ke showed students rushing to put out the inferno that was ravaging buildings in the school on Thursday, August 5.

Nairobi fire engines were informed of the fire and they were on their way to the scene on Thursday evening.

The cause of the fire was yet to be established by the time of publishing.

This comes barely two months after a four-storey dormitory building at Highway Secondary School along Mombasa Road in Nairobi was gutted down by a fire.

The incident occurred on the night of Sunday, June 27, with witnesses noting that the entire top floor was completely burnt down.

A series of clips seen by Kenyans.co.ke showed a huge flame engulf the building as firefighters tried to put out the fire.

“The fire was so huge. Even the other side was burning but the firefighters managed. There was a time there was a huge fire. I heard noises and people were making hitting sounds. Now they have managed,” stated a neighbour.

The school has had a history of arson mostly in its dormitories with some past cases being ruled as planned attacks by some students from the school.

In July 2018, the school was closed indefinitely after an arson attack. Suspected arsonists were targeting to burn down a dormitory by setting six mattresses on fire.

At the time, 31 students were rushed to the Kenyatta National Hospital (KNH) after a fire broke out at the school dormitory.