Macharia announced that the explained that the interns will be posted to sub county secondary schools which admit the bulk of learners. At the moment, the country has a teacher deficit of 114,581.

To facilitate the hiring process, TSC CEO stated the National Treasury has okayed the release of Ksh1.2 billion for the next academic year.

“I wish to assure the country that the Commission will immediately embark on the exercise to recruit the teachers to ensure that they report to work as soon as possible, to ease the existing teacher-shortage in schools,” TSC CEO stated.

Macharia explained the Commission has so far hired a total of 28,000 since 2019 when the government started funding the recruitment process of interns.

Interested candidates will be directed by TSC on how and where to apply for the positions.

TSC has also announced the training of 60,000 teachers starting April 25 this year. The training will be aimed at sharpening their understanding of the Competency-Based Curriculum (CBC).

Macharia assured the country that the training will help teachers acquire relevant skills and knowledge ahead of the admission of the first lot of Junior Secondary School students.

“The public should be well-assured that all our teachers in secondary schools will have been tooled by January [2023] to welcome the Junior Secondary School students,” Macharia announced.

In addition, 229,292 teachers in primary schools will be trained on CBC.

More opportunities for teachers will further be announced when 1,594 school heads, who were scheduled to retire in either 2020 or 2021 but extended their contracts to avert a leadership crisis as a result of the pandemic, proceed to retirement. 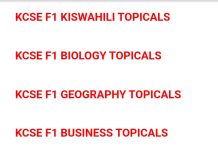 TSC Makes a Significant Move on Teachers Stagnated in Their Job...

How to apply for TSC Internship jobs online through TSC Website...