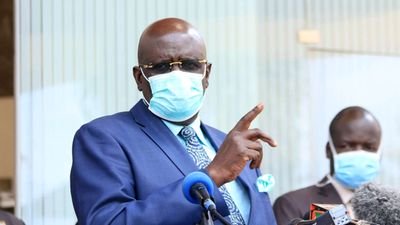 Speaking in Kisumu County during the daily Covid-19 press briefing, the Education CS made it clear that only schools that would pass the ministry’s criteria would be granted access to the fund.

“The government is further considering availing a Ksh7 billion in concessionary loans to qualified private school owners,” he stated.

In readiness for the crisis faced by almost 11,000 private schools currently at risk of closure, CS Magoha informed parents that public schools did have enough space to accommodate them.

“Pupils in private schools are welcomed to public schools. It is their choice to have joined private schools. We have more than enough space to accommodate them,” he stated.

He further reiterated that schools would remain closed until January 2021 unless the Covid-19 situation in the country changed.

“The provision of opening schools in January was not cast in stone, should the position change at any time, nothing stops us from re-looking at the timetable. If we flatten the curve, I don’t have a reason to keep the children home,” he asserted.

However, he cautioned against the push for the reopening of schools, urging parents to prioritise the health and safety of their children.

The harsh effects of the Covid-19 pandemiccontinue to be felt in the education sector as private schools face closure over lack of funding.

To address this, the education CS advised parents whose children were enrolled in such schools to negotiate and pay proportion of the yearly fee to enable the schools stay afloat.