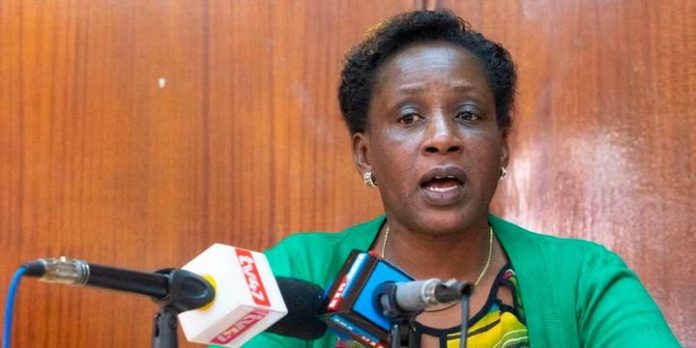 A group of teachers has taken on union officials, demanding their resignation for failing to represent the interest of members.

The group says the Kenya Union of Post-Primary Education Teachers (Kuppet) leadership is made up of politicians and retirees, while that of Kenya National Union of Teachers (Knut) is compromised.

Kenya National Teachers Pressure Group spokesperson, Martha Omollo, said Kuppet and Knut officials have failed to protect members from the “punitive” Teacher Professional Development (TPD), a programme that forces a tutor to part with Sh6,000 for refresher courses every year.

The group says the Kuppet and Knut leadership signed a non-monetary collective bargaining agreement with the Teachers Service Commission (TSC) against members’ wishes.

“We demand the immediate resignation of non-teachers leaders in Kuppet like Mr Omboko Milemba, who is the MP for Emuhaya, Mr Ronald Tonui, the Bomet Central MP, and Ms Catherine Wambilyanga, the Bungoma Woman Representative as they are no longer teachers,” Ms Omollo said on Monday.

In an interview with the Daily Nation yesterday, Mr Misori said at 58, he has not attained the retirement age.

He added that the Kuppet constitution allows union leaders to serve up to the age of 65, saying no leader has attained that age.

“The constitution, which we amended in 2017, allows union leaders to be politicians and serve the union,” said Mr Misori, who has announced his bid for the Homa Bay governor seat.

The teachers pressure group wants the new Knut officials, under Secretary General Collins Oyuu to leave office too, accusing them of disobeying the constitution.

She was accompanied Mr David Mwembei, Mr Timothy Nderitu, Ms Betty Koech and Salvin Munene, all members of the group.

They said teachers are tired of being segregated and should be allowed to join associations of their choice.

“Unions should be for all teachers. The deal signed by Knut should be rescinded as teachers were never consulted,” they said.

The group wants to be allowed to register a union should the Knut and Kuppet leadership refuse to step down.

The Kenya National Teachers Pressure Group said Knut and Kuppet members are tired of divide-and-rule tactics employed by the TSC.

Ms Omollo and her group said teachers were never involved in the development of the TPD but unions failed to express the frustrations of members to the TSC.

“The teachers, particularly those on the TSC payroll, have resolved not to honour the TPD, until and unless they are directly involved in the development of the programme and modules,” she said.

The group added that refresher courses should be structured, bearing in mind the dynamics in education and labour, especially if the TPD is to be used for promotions and professional growth.

“As much as we support section 35(2) and (b) of the TSC Act (2012) on career progression and professional development, the commission has to abide by the Constitution, the Labour Relations Act (2007) and the Statutory Instruments Act (2013) in developing the TPD,” she said.

During World Teachers Day on Tuesday, Mr Oyuu asked tutors to have trust and faith in their unions.

“On the TPD, we ask teachers to ignore propaganda and wait for the right information from the employer,” Mr Oyuu said.

The Knut Secretary General added that the union hopes the CBA would be reviewed in a year.

He said the Knut leadership is fighting for teachers and has the interest of members at heart.

Ms Omollo’s group urged the National Assembly and Senate to consider amending the TSC Act so as to separate the commission’s roles of employer and regulator.

The Kenya National Teachers Pressure Group added that, tutors suffer when the commission plays both roles.

Another group has begun the process of registering the National Education Union of Kenya.

TSC chief executive Nancy Macharia said the rollout of the TPD would go on as planned.