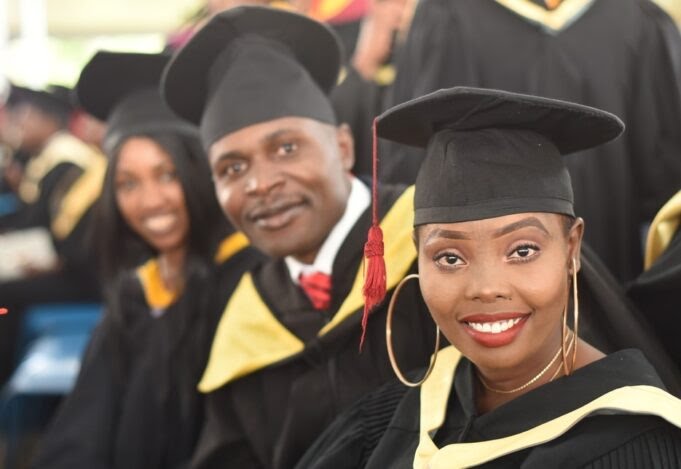 The government has ordered the deploying of 3,000 trainers for Technical Vocational Education and Training (TVETs) to solve a personnel shortage.

Yesterday at the Annual General Meeting of the Kenya Association of Technical Institutions (KATTI) in Mombasa, Permanent Secretary for TVETs Esther Muoria stated that the administration of President William Ruto is eager to assist the institutions in becoming centres of excellence

Currently, there are 238 vocational institutions.

“I can confirm we are going to employ 3,000 trainers after the same was approved by the president,” said Dr Muoria.

The representative stated that she would collaborate with all stakeholders to strengthen the schools and ensure that they create skilled graduates.

She also requested that the Kenya Universities and Colleges Central Placement Service (KUCCPS) place all programs in TVETs.

“I want our graduates to be practical. I have called KUCCPS office to have the students placed. I will go to all the offices and have a conversation because there are programmes that were not placed in the curriculum,” said Muoria.

Glory Mutungi, the president of the Kenya Association of Technical Institutions, stated that TVETs are struggling due to a lack of trainers relative to the rising number of pupils.

She stated that the current ratio of instructors to pupils is 1 to 100 as opposed to the minimum 1 to 25.

“If you go to (KUCCPS) portal you will see even A grade students are taking up TVET courses and shunning degree programmes because they understand employers need skills and believe in TVETs,” said Mutungi.

Mutungi stated that approximately 12,000 TVETS teachers are required to accommodate the growing number of pupils enrolling in these schools.

In Kwale County, the government has initiated the development of a Sh1.2 billion regional maritime transport and port logistics institute.

The ultramodern training facility will serve as an East African regional center of excellence.

The institute that aims to teach a new generation of mariners is part of the East Africa skills for transformation and regional integration project of the World Bank.

CS Mvurya stated that the government will promote sustainable investments in blue resources and exploit the economic growth potential of the ocean frontier.

Once completed, the new facility is anticipated to educate trainees with appropriate knowledge and abilities in port logistics and marine transport and ‘will serve the country’s maritime interests and place it in the category of a maritime powerhouse,’ he said.

Mvurya stated that the administration is cognizant of the fact that the Indian Ocean offers numerous unrealized potential for sustainable economic growth.

He stated that the regional training centre of excellence is part of an initiative to promote the sustainable utilization of maritime resources that have been underutilized for decades in order to stimulate economic growth.

The East African Maritime Institute, situated on a 40-acre plot of land, would be administered by the Kenya Coast National Polytechnic in Mombasa.

The CS stated that the regional maritime institute would be devoted to the training of marine industry specialists in disciplines such as shipbuilding and maintenance, and that it would be a “game-changer” for the maritime industry.

CS Mvurya stated that the first phase of the project, which will be co-funded by the Kenyan government and the World Bank, will use 806 million Kenyan shillings and that the investment represents a massive vote of confidence in the blue economy sector.

He disclosed that the project is being carried out in collaboration with the European Union (EU) under the Sh.3.5 billion “Go Blue” program, which supports projects in the coastal counties of Mombasa, Kwale, Kilifi, and Lamu.

The goal of the Go Blue project is to utilize vital coastal and marine resources to build a sustainable blue economy and provide employment for over 3,000 young people.

Mvurya stated that the blue economy is a catalyst for the coastal areas’ economic growth.

Mvurya described the blue economy, also known as the sustainable ocean-based economy, as the “next big economic frontier”

“The first phase comprising tuition blocks and administration blocks will take the next 18 months to complete,” he said, adding that it will have state-of-the-art facilities for students pursuing the global marine transportation industry.

The second phase of the institute, which aims to develop competent graduates for the maritime sector, will be launched as soon as the first phase is completed in 2024, he said, and the contractor Symbion International Architects has been tasked with delivering the project on time and in accordance with “our specifications and engineering standards.”

Mvurya stated, “Once the facility is up and running it will play an active role in the promotion of safe and secure waters in the region and also engaging diverse stakeholder groups in the blue economy trajectory.”

CS Mvurya stated that the centre of excellence will provide students from Kenya, Tanzania, Uganda, Burundi, Rwanda, Ethiopia, South Sudan, and the Democratic Republic of the Congo with world-class marine training on the blue economy (DRC).

He stated that Kenya is preparing itself to become one of Africa’s major marine and logistics hubs, and that investments in the blue economy sector will stimulate job growth.

Mvurya stated that the country’s standard of living is anticipated to improve as a result of the increased economic returns from these maritime initiatives.

“What we are witnessing is a significant investment in the maritime industry and will in the long run enhance student and professional mariner experiential learning,” he said adding that the new facility seeks to provide comprehensive marine training programs for the youth and professionals in the sector using modern facilities.

The minister stated that the government is now focusing on marine issues as the next frontier for economic growth and emphasized the need for young people to investigate maritime job options.

CS Mvurya stated that global trade is highly reliant on maritime transit and emphasized the necessity to equip youngsters with maritime capabilities.

CS Mvurya asserts that ocean shipping is the primary form of transport for global trade, citing the fact that around 90 percent of traded products are transported on the water.

“Maritime transport forms part of a whole cluster of economic activities that creates economic value addition and that is why the government is keen on developing this crucial sector for sustainable economic growth,” he said.

He stated that the center will cooperate with key stakeholders to ensure that the training provided is matched with the demands of the industry and will conduct ongoing audits of its programs to adapt to the changing times.

Industry players estimate that the blue economy has the potential to create over 52,000 jobs and contribute Sh.470 billion into the economy over the next 10 years if properly implemented and exploited.

CS Mvurya explains that the government is working to realize the potential of the blue economy afforded by marine resources, and he urges the private sector to invest in the exploitation of seabed resources