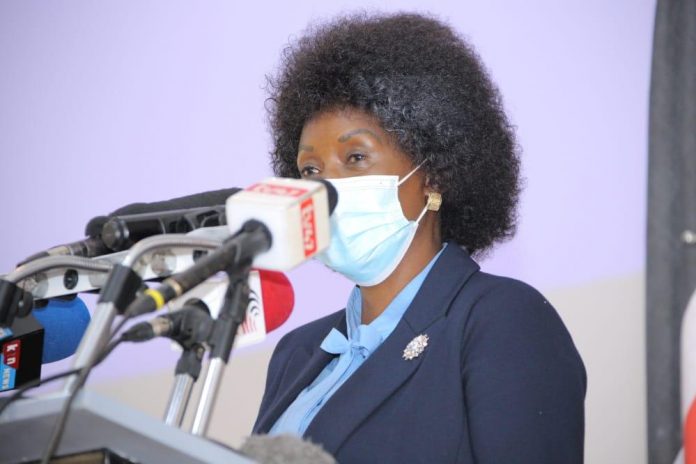 The Teachers Service Commission (TSC) seems to have reviewed some of the contentious issues on teachers’ transfers in the current ongoing transfer exercise meant for staff balancing in schools across the country.

Under the current ongoing exercise as detailed in a Circular dated April 4, 2022 seen by Education News, for the first time under teacher transfer process, teachers who have served in a station for a period of not less than three (3) years since first appointment will be eligible for transfer.

According to the letter sent to the Commission’s field officers, the exception will be teachers in North Eastern areas who should serve for five years since their first appointment.

“The teacher must have served in a station for a period of not less than three (3) years and five (5) years for North Eastern and other areas respectively since first appointment; unless otherwise authorized by the Commission’s Secretary,” read the new guidelines in part.

This will be a shift from the previous norm where teachers were to serve for at least five (5) years since the first appointment before being eligible for a transfer.

The transfer policy, popularly known as the delocalization policy, was introduced by the TSC in January 2018 to make teachers work outside their home counties, with massive transfers being witnessed in April and August of the same year.

During the current transfer exercise, the Commission will consider family matters and transfer couples who have formally declared their marital status to the same neighborhood if possible.

Previously, the transfer policy hurt many families since married teachers were transferred to far flung areas, away from their spouses and children.

Teachers read signs of relief when the 2021-2025 Collective Bargaining Agreement (CBA) was signed in July 13, 2021. Through the CBA, the delocalization policy was reconsidered and reviewed to allow married couples have a chance to be re-united with their families.

“In promotion of family values provided for under Article 45 of the Constitution of Kenya, the Commission shall consider transfer requests for married couples to appropriate stations/locations,” reads the CBA in part.

This implies that the Commission will transfer teacher couples to schools near each other though it will be subject to availability of vacancies in the proposed station, the need for a suitable replacement, need for equitable distribution and optimal utilization of teachers, existing staffing norms and proof of marriage.

The circular further advises the Commission’s Regional officials to ensure they first conduct staff balancing within the sub counties before transferring teachers outside their jurisdiction. The officials were further directed to give priority to teachers who have individually applied for transfer and are eligible for transfer.

TSC County Directors were given until May 4, 2022 to submit their reports on how the exercise was conducted complete with the list of the affected teachers.

Teachers with proven cases of terminal illness and those who are 56 years and above will also be exempted from transfers out of their current Sub-County of work which was the case before.

However, the Commission directed the committees vetting the transfers to ensure that the cadre of teachers suffering from terminal illness and those with disabilities produce valid documents of their illness or disability where applicable in order to enjoy the exemption.

In case the teachers meet the criteria for transfer, the Commission will consider ‘First in, first out factor’, gender balance and teacher’s security where applicable.

TSC has been grappling with a serious staff shortage in public schools. It placed the staff shortfall at 114,581 teachers in primary and post-primary institutions due to increased enrolment arising from the increasing number of school-age children, the 100 per cent transition policy, registration of new school and natural attrition factors.

TSC is also faced with the problem of uneven distribution of its over 330,000 teachers serving in various public institutions across the country.

For many years, schools in urban areas have attracted more teachers compared to rural-based institutions. Similarly, schools in arid areas as well as those in insecurity-prone zones are poorly staffed despite efforts by the commission to reward tutors in such areas with hardship allowance.

Speaking during the release of the 2021 Kenya Certificate of Primary Education (KCPE) results on March 28, 2022 at Kenya National Examination Council’s head offices, TSC Secretary and Chief Executive Officer (CEO) Dr. Nancy Macharia revealed that the Commission will review its staffing placements to ensure no part of the country is disadvantaged; in terms of sharing the limited teaching resources an exercise she noted was to be concluded by May 9, 2022.

“The Commission will shortly be asking our field officers to conduct a routine exercise of assessing their sub counties to ensure that all schools have balanced teacher to learner ratios ahead of the start of the new academic calendar,” said Dr. Macharia.

She noted that any transfer of a teacher at the local area will be conducted fairly and with a human face in the Commission’s move to ensure equitable distribution and optimal utilization of teachers countrywide.

“Any arising movements conducted at the local areas must have a human face and must be well discussed with all relevant offices to ensure equity for all of our learners in tandem with existing staffing norms,” said Dr. Macharia.

The TSC is mandated to transfer a teacher from one station to another. The transfer can be effected either upon request by a teacher or can be initiated by TSC. In case the transfer is initiated by TSC, a teacher is eligible for the TSC transfer allowance (allowance meant to cushion teachers as they settle down in their new stations and is payable to a teacher transferred outside their sub-counties).

The Commission can also transfer a teacher from one teaching station to another based on the need for equitable distribution and optimal utilization of teachers, availability of a teaching vacancy in the proposed station, the need for replacement, existing staffing norms which may be reviewed from time to time, medical grounds as certified by a registered medical practitioner and any other grounds that the TSC may consider necessary to warrant the transfer.

Other circumstances under which a teacher may be transferred are: after a study leave, after a leave granted to spouses of persons in diplomatic service where a spouse of a person in diplomatic mission/ service shall apply to the commission for posting one month before the end of assignment of duty, after a disciplinary action like interdiction or suspension for a period not exceeding six months without payment of salaries and allowances, after a transfer of service to the public service commission and after the expiry of tenure at a trade union like the Kenya National Union of Teachers (KNUT) and Kenya Union of Post Primary Education Teachers (KUPPET).

Interestingly, there have been cases where teachers who sought transfer were denied transfer chances while those who didn’t seek but were seen as rebellious to the Commission’s policy were transferred even without them seeking the transfers.

A good case in point is teachers affiliated to the Kenya National Teachers Pressure Group (KNTPG) who were transferred for rejecting the roll out of the controversial Teacher Professional Development (TPD) between October 2021 and December 2021. 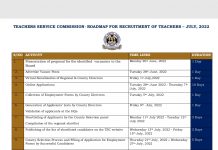