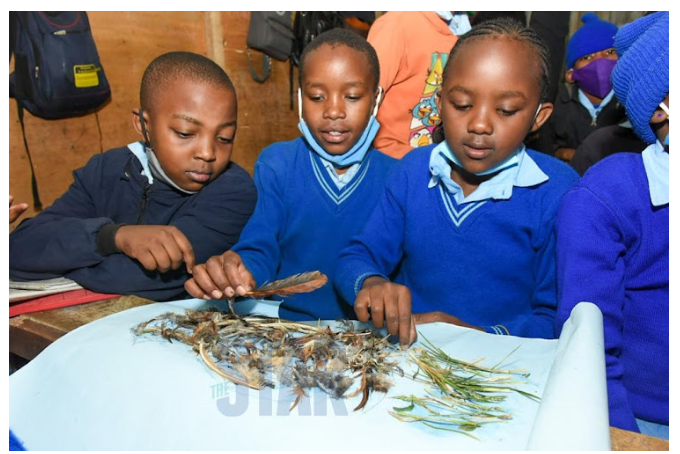 • Musalia and Wetang’ula have insisted CBC will be abolished if they win in August.

Experts have warned that a push by Deputy President William Ruto’s camp to scrap the Competency-Based Curriculum will see more than Sh200 billion down the drain.

Further, the education future of more than eight million CBC learners would be thrown into disarray should the proposal by Ruto’s team to abolish the new curriculum succeed — should they be elected.

The idea of CBC is to let learners discover their talents and acquire real-world skills such as critical thinking. There’s too much dependence on exams and students simply parrot what they have been told without actually comprehending it, CBC proponents say. It’s learner-focused, not teacher-focused.

Reversing CBC is like saying we do away with the 2010 Constitution or uproot the standard gauge railway. We would lose more than Sh200 billion invested in CBC so far.

Every education reform has its “teething problems” and “some discomfort,” he told the Star in an interview.

“Reversing CBC is like saying we do away with the 2010 Constitution or uproot the standard gauge railway. We would lose more than Sh200 billion invested in CBC so far,” Professor Ong’ondo said.

The KICD boss said the government rolled out CBC after conducting intensive stakeholder consultations in response to the needs of the 21st century about creativity, imagination and digital literacy.

It’s not clear they would be able to do so without causing chaos.

On Monday, Musalia and Wetang’ula sustained their assault on CBC.

“This year parents have suffered. This system is good but maybe it has been implemented hurriedly. We don’t know when a term started or when it ends

“If elected, we will do away with the system,” Mudavadi said on Monday in Busia.

“The new system is a big burden and an academic frustration to parents,” Mudavadi.

Although Ruto has not openly talked about scrapping the CBC system, he has neither rebuked his partners nor corrected the impression that UDA is anti CBC.

“Our government has introduced something strange to our students, ministers, teachers, pupils and parents. They don’t understand this curriculum, we shall do away with CBC when we form the government,” Wetang’ula said.

Pupils at Anointed Academy engage in an interactive class session on September 23,2020, through the new CBC curriculum.

But Prof Ong’ondo warned that while there are challenges, reversing CBC would be costly as the government has already invested heavily reforming even the teacher training colleges.

As Ruto’s key partners railed against the President Uhuru Kenyatta’s project, a section of the stakeholders warned that billions of taxpayers’ money invested in the curriculum would be wasted if CBC is scrapped.

“Most of the presidential aspirants talking about changes in education are out to massage the ego of the electorate,” Misori said.

PS says Unesco requires nations to review their curriculums after every five years.

The Kuppet boss asked why some presidential aspirants had all of a sudden started opposing CBC yet they failed to make recommendations on its improvement earlier.

“They should not cheat the public that they are angels because there’s already effort and investment in the current system. It would be easier to amend going forward than to undo. If you undo it, the programme will be more expensive and difficult,” he said.

About 8.1 million learners are in the current CBC and the pioneer cohort is expected to transit to junior secondary in 2023.

The government has already disbursed Sh8 billion to improve infrastructure and build 10,000 classrooms for junior secondary learners by next year.

A pupil at Kasarani Junior Academy loves drawand and is encouraged to develop his talent.

The government has said more than Sh30 billion has been invested in textbooks to ensure learner-to-book ration in public schools as part of the tenets of CBC.

The government has also bought tables for the digital literacy programme, connected many public schools to the internet and supplied projectors and printers.

The State Department for Curriculum Reforms, the agency spearheading roll out of CBC, has warned that misinformation is impeding the success stories in the the curriculum.

To this end, the department has announced plans to recruit ambassadors, influential people, to reach the grass roots in creating awareness of the CBC’s many benefits

The CBC is not going anywhere. We have no time to continue arguing about it.

Speaking to the Education Committee on budget policy statements, PS Fatuma Chege said misinformation is the greatest challenge to the implementation of CBC. She is PS for Implementation of Curriculum Reforms.

“People who are influential, opinion shapers including Members of Parliament, we would want you to be our ambassadors for CBC,” Chege said.

“The CBC is not going anywhere. We have no time to continue arguing about it,” he recently said.

An application challenging the implementation of the curriculum is meanwhile set for hearing on February 17.

In her petition, Ang’awa argues that the CBC was rolled out without proper planning, saying teachers were not appropriately prepared for the change in curriculum.