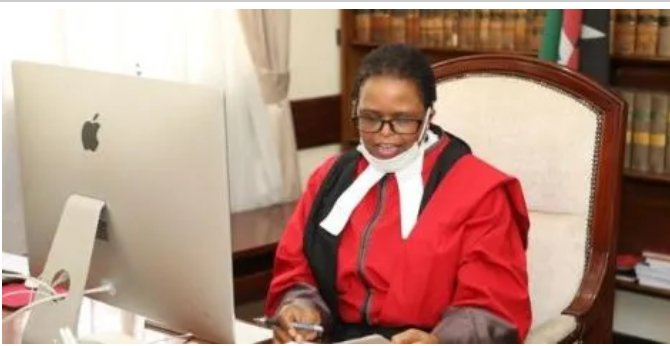 Chief Justice Martha Koome has given the way forward in a case challenging the implementation of the Competency Based Curriculum (CBC) in the education system.

In a statement released on Tuesday, December 7, the CJ appointed a three-judge bench to listen to the case after it was established that the petitioner raised pertinent questions.

The bench will consist of Justices Hedwig Ongudi, Anthony Ndungu and Anthony Mrima.

The three-judge bench will hear the case filed by a parent, Esther Ang’awa, who demanded that further implementation of the new system be halted.

The case was forwarded to CJ Koome’s desk towards the end of November asking her to appoint an uneven number of judges to determine it.

Initially, the case was being handled by Justice Mrima who determined that Ang’awa raised pertinent issues that required several judges.

“This petition raises substantial and novel issues requiring consideration by an uneven number of judges, being not less than 5 to be assigned by the Chief Justice,” Mrima stated.

Ang’awa argued that the introduction of CBC to replace the 8-4-4 system was unconstitutional and unlawful. She listed Education Cabinet Secretary, Prof George Magoha, as a respondent in the case.

“That the actions of the first to the four respondents as set out in the petition are manifestly unconstitutional and unlawful, are prejudicial to the future of the children of Kenya and ought to be halted pending the determination of the questions raised in the petition,” he stated.

Those listed as the respondents in the case include CSs Magoha and Matiang’i, Kenya Institute of Curriculum Development, Kenya National Examination Council, Teachers Service Commission, Kenya National Union of Teachers and the National Assembly in the main petition challenging CBC.

Law Society of Kenya President, Nelson Havi, is also enjoined in the case seeking to have CBC quashed