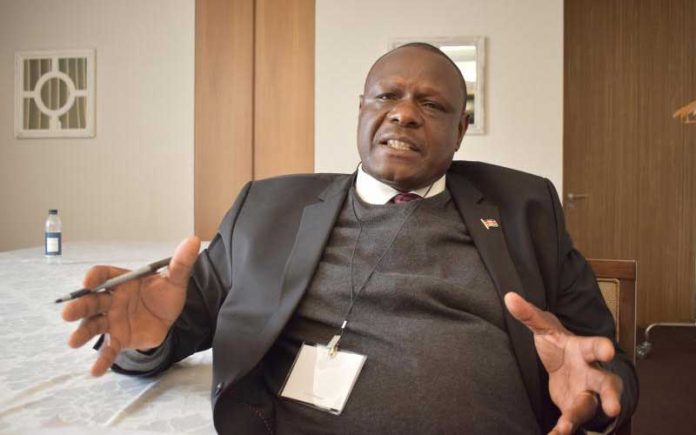 Kenya Secondary Schools Heads Association (KESSHA) chairman Kahi Indimuli has confirmed that the much awaited monies which will be used to pay BOM teachers and non teaching staff has reached school accounts and they should expect payment by this week. Be said the monies will reach school accounts at different intervals as is the norm.

Speaking yesterday night through a popular TV station Mr Indimuli said their should be no more speculations since the government has released the money and school principals will pay their staff using the available criteria.

“The funds were credited today. BOM teachers should get their funds in the course of the week,” said Indimuli on Citizen Tv.

Yesterday CS Magoha touched on the pay of BoM teachers stating that the government had already disbursed payment to the teachers.

BOM teachers should now actually have been paid. The Cabinet and the government approved their payment over six weeks ago, so let us not waste so much energy discussing non-issues,” he conveyed.

Of these, Sh13.3 will go towards arrangements for social distance, hand washing and purchase of thermo-guns.

Another Sh2.2 billion will pay salaries of teachers employed by the Boards of Management (BoM) and non-teaching staff, such as security personnel.

Education Cabinet Secretary George Magoha said the money will help cushion teachers and support staff from the effects of coronavirus.

Some Sh750 had been allocated per child to cater for teachers employed by BOM.

Another Sh2,246 had been allocated for personal emoluments and will be used to pay non-teaching staff.

However the money had not reached school accounts more than two weeks after announcement.

It is still not clear which BOM teachers were captured and ready to be paid since the ministry made the new lists confidential.

Last month it emerged that the data of 43, 000 BOM teachers submitted by TSC to the Ministry was not accurate as some teachers had quit following the March closure of schools to contain spread of Covid-19.

A letter by TSC dated August 4 to the ministry said the data submitted reflected the pay roll status before the pandemic.

“The data being submitted was updated in February. However, to ensure accountability in case of payment of BoM teachers by the government, each head of institution should provide documentary evidence to confirm employment status of each teacher,” said Dr Nancy Macharia, TSC Secretary.

It emerged some teachers were fired or sent on compulsory leave while others decided to quit after it emerged schools may close for long.

Because of the numerous errors the ministry embarked on a fresh exercise to capture the BOM teachers afresh before making any payment.

This week starting Thursday BOM teachers and some politicians led by Embakasi East MP popularly known as Babu Owino had planned mass demonstrations if the money for paying the teachers is not released by Wednesday.

Last week there was a series of social media protests after the Education CS confessed in a popular television that BOM teachers have been paid.

This led to some politicians including Bonny Khalwale and Embakasi East MP Mr Paul Ongili popularly known as Babu Owino to weigh in on thae matter.

“CS Magoha should come out clear on the BOM teachers he has paid,” posted Boni Khalwale on Facebook.

“Dear CS Prof. George Omore Magoha, pls check your facts first before hitting the media. You said BOM teachers have been paid. They say, NOT YET. These teachers are suffering. I am informed many have been thrown out of their houses. Some have run into depression. Lying is not good,” tweeted Philip Etale who is also Director of Communications – ODM.

“Board of Management teachers haven’t been paid and are really suffering/languishing in abject poverty. Prof. Magoha should treat this as very urgent and important,” posted Babu Owino on his Facebook page.

Education CAS while Speaking through Radio Maisha interview hosted by Emmanuel Mwashumbe Mr Zacky Kinuthia had said they stopped treasury from releasing money to school accounts after it was found out that the BOM list data submitted for salary payment had numerous discrepancies.

However the CAS assured BOM teachers that they had embarked on their own way of verification which would see them get paid after two weeks.