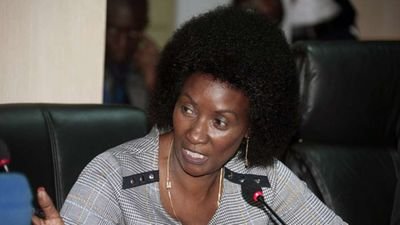 Kenya National Union of Teachers (Knut) members will continue to miss out on the lucrative Sh54 billion pay deal as Salaries and Remuneration Commission (SRC) dismissed all union claims and sided with the teachers’ employer.

In a blow-by-blow account, SRC investigations report found that the Teachers Service Commission (TSC) does not run a double payroll and discounted Knut claims that the employer deliberately interfered with its register.

“TSC has one payroll which it implements with the technical support of Integrated Payroll and Personnel Database (IPPD),” says SRC in a July 23 audit report.

The details are contained in the report by SRC chief executive Anne Gitau.

Knut has long held that TSC has been running two payrolls to lock out its members, a move the union claims has eroded its membership register since June last year.

The report, however says that TSC rightfully implemented the Collective Bargaining Agreement (CBA), the job evaluation report and the Career Progression Guidelines (CPG), effectively absolving the teachers’ employer from any blame.

“Knut calls for timely intervention to save tormented Kenyan teachers from further suffering, some of whom have lost a big chunk of their pay through illegal exclusion from the CBA,” Sossion said.

At the centre of the dispute between TSC and Knut has been a ruling by the labour court, which set aside the contested Career Progression Guidelines (CPG), which were introduced by teachers’ employer to guide promotions.

Knut opposed the new guidelines introduced by TSC, demanding promotions be based on merit, seniority, vacancies, academic and professional qualifications.

The consequences of the ruling were that all Knut members, who declined the CPG, were locked out of the lucrative Collective Bargaining Agreement (CBA), pushing some of them out of the union.

Overall, the union lost more than Sh1 billion for the last 15 months, crippling its operations and straining industrial relationship with TSC.

In its claims, Knut maintained that TSC had set up a desk at the head office where members were manually exited from the union, most of the time even without teachers’ consent.

Knut also insists that TSC used digital validation process to attack its membership register and also used the CBA as dangling carrot to push teachers out of the union.

The examination report of the teachers payroll by SRC seen by Saturday Standard, has however affirmed the position held by TSC that the employer had no choice but to remunerate teachers based on the court the order.

SRC also dismissed the claim that the court order discriminated against Knut members saying that its investigations revealed that all teachers are remunerated the same.

In addition to this, the salaries agency found that teachers exit a union from time to time and absolved the TSC from allegations of Knut that the employer deliberately tampered with union register. These key findings that have given TSC a clean bill of health are likely to further complicate matters for Knut members, which SRC says may not benefit from the lucrative salaries deal until the court matter is settled.

This means that the hopes of the union members to receive salary raise have been dashed even as MPs stepped up mediation efforts to reconcile the two bodies.

The report says that Kuppet, Kusnet and all non-unionisable staff were not party to the court case filed by Knut and that they have encouraged TSC to implement the CPG for their members.

Knut members have for the second year now missed out on salary raises with its members stagnating in same job groups as non-unionisable members and those in other unions benefitted.

The report says that while implementing the CBA, teachers employer retained the existing number of salary points or notches at an increasing rate-automatic annual increment as a percentage of basic salary,” reads the report.

“The majority of staff in Grade B5 are due for automatic promotion to C1 in July 2020 in line with CPG,” reads report.

SRC also says that TSC retained the allowances on a one to one basis during the implementation of the CBA and job evaluation.

“New allowances are applied upon promotion of teachers and implementation of CPG,” reads report

The report says that the shift was aimed at benefitting from the provisions of career progression guidelines, which are not provided for in schemes of service.