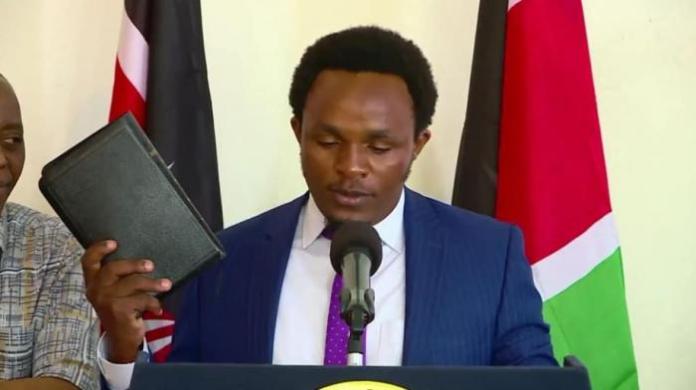 Thousands of teachers employed by school boards of management and other support staff who have been going without salaries from their respective institutions for over three months are now set to be paid.

The government will release the money at the end of this month to pay the BOM teachers, cooks, secretaries, bursars, matrons and other subordinate staff in schools.

Statistics from the Kenya Union of Post Primary Teachers (Kuppet) indicate that about 120,000 teachers employed by BOMs have not received their salaries since the government ordered closure of schools in March due to the coronavirus pandemic.

President Uhuru Kenyatta while chairing the 5th Extra-Ordinary Session of the National and County Governments Coordinating Summit at State house, ordered Treasury CS Ukur Yatani and his Education counterpart George Magoha to work out on the technical modalities to ensure that school staff are paid immediately.

The president, however, not discusses the fate of teachers in private schools who have not been paid too.

The funds had not been factored in the current Finance Act, but the President said amendments have been made to include them.

The counties are also expected to smile all the way to the bank after the President ordered the National Treasury to release the ordinary funding for the counties for the months of May, June and July immediately.

“The delay in the disbursement of the funds had ground counties in their operations and inhibited them from putting in place measures to contain the Covid-19 pandemic,” said one of the governors who participated in the virtual meeting.

The president issued the directive after governors complained 19 of the counties said to be ill-prepared to fight the pandemic had failed due to lack of funding.

The county chiefs also took exception with the Ministry of Health report on their preparedness to fight the pandemic, claiming that reports released from Afya House were in total contradiction to realities on the ground.

The governors cited counties such as Mandera and Nyeri with bed capacities of 326 and 467 respectively yet they were being indicted by the Ministry reports for failing to reach the 300 bed capacity target.

“There was great uproar from the governors over the reports released by the Ministry, which do not reflect realities on the ground. Health CS Mutahi Kagwe found himself on the receiving end,” one of the governors told the People Daily.

The meeting, which the governors described as cordial without the usual bashing from the government, resolved that the two levels of government. Counties and national government should not view themselves as competitors.

“The president was very friendly this time and listened keenly to all the issues raised by the governors. It was unlike the previous meetings which the state used to bash governors for failing to deliver,” said a source.

During the meeting the Governors also pushed for the postponement of the re-opening of universities from September to January due the expected spike in coronavirus numbers.

It was understood that this was among the proposals tabled during the meeting that had been convened to discuss the country’s status on Covid-19 yesterday.

During the meeting, Uhuru is said to have directed the ministry of Education to start dealing with  all infrastructural gaps in basic learning institutions across the nation ahead of the re-opening.